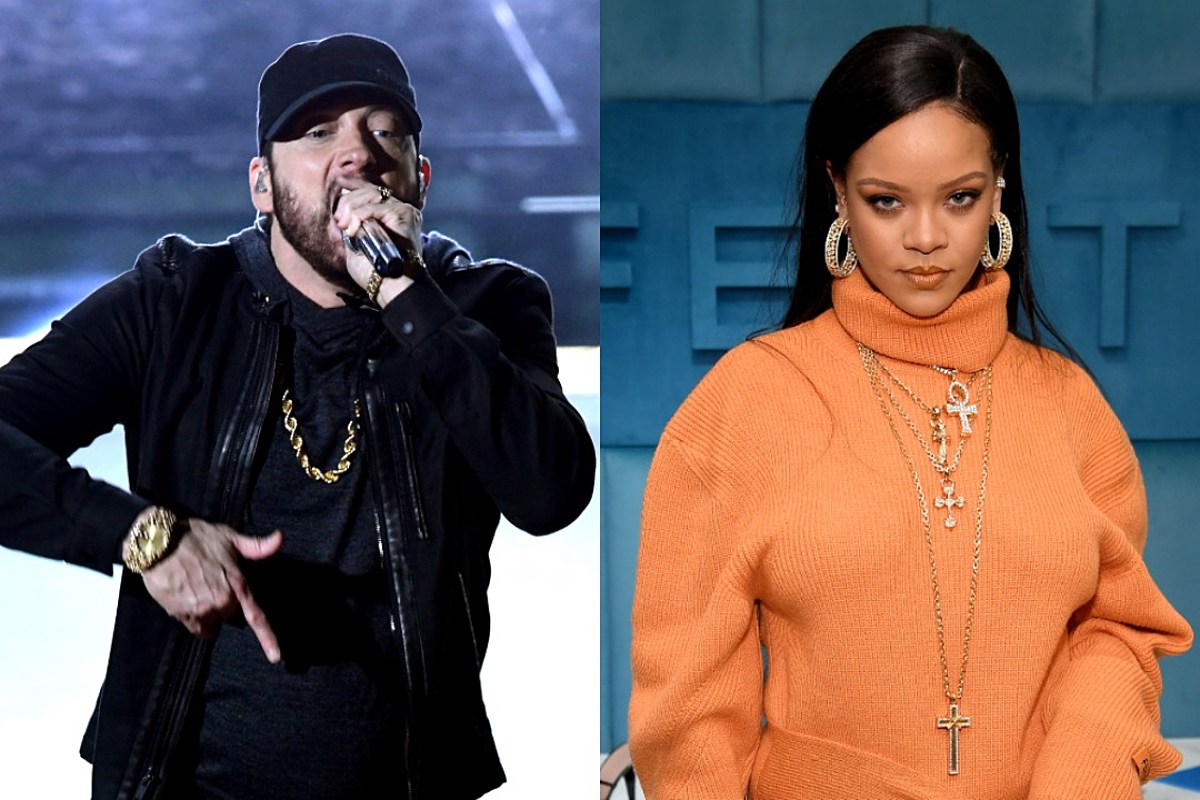 Eminem apologized to Rihanna for a leaked song where he raps that he sided with Chris Brown over his 2009 assault on Rihanna.

On Friday (December 18), Eminem dropped the surprise deluxe edition of his album, Music to Be Murdered By- Side B. The record features a new track, "Zeus," where he apologizes to the Fenty Beauty owner for the leaked song that concerns Brown.

“But, me, long as I re-promise to be honest / And wholeheartedly, apologies, Rihanna,” he raps on the new release. “For that song that leaked, I’m sorry, Ri / It wasn’t meant to cause you grief / Regardless, it was wrong of me.”

Listen to the explicit song, below.

Last year, the demo was leaked which included lyrics regarding siding with Brown. At the time, Eminem's spokesperson said that it was created over a decade ago and that the song was scrapped. It was reportedly created for his 2009 album, Relapse, before he decided to scrap the lyrics and re-write the song.

“I’m not playing, Rihanna, where’d you get the V.D. at?” he raps in the demo, according to Pitchfork. “Let me add my two cents/ Of course I side with Chris Brown/I’d beat a b—h down, too if she gave my d–k an itch now.”

Rihanna and Eminem have collaborated on numerous songs together like "Monster," "Love The Way You Lie" and "Numb." They also toured together back in 2014.

In 2009, Brown pleaded guilty to felony assault on Rihanna after the altercation during the Grammy Awards night on February 8.