It also includes presets made by Mark Fell.

Elektron has released a companion synth to last year’s Digitakt drum machine. The Digitone is a polyphonic FM synthesizer that the Swedish company claims is more user-friendly than FM synths like the DX7 due to the use a subtractive synthesis signal flow.

The $759 synth has eight voices – four for the internal sound engine and another four MIDI tracks for controlling external gear. According to Elektron, the engine’s FM algorithms and filters are capable going from “jagged chaos to mellow soundscapes in less than a second”. 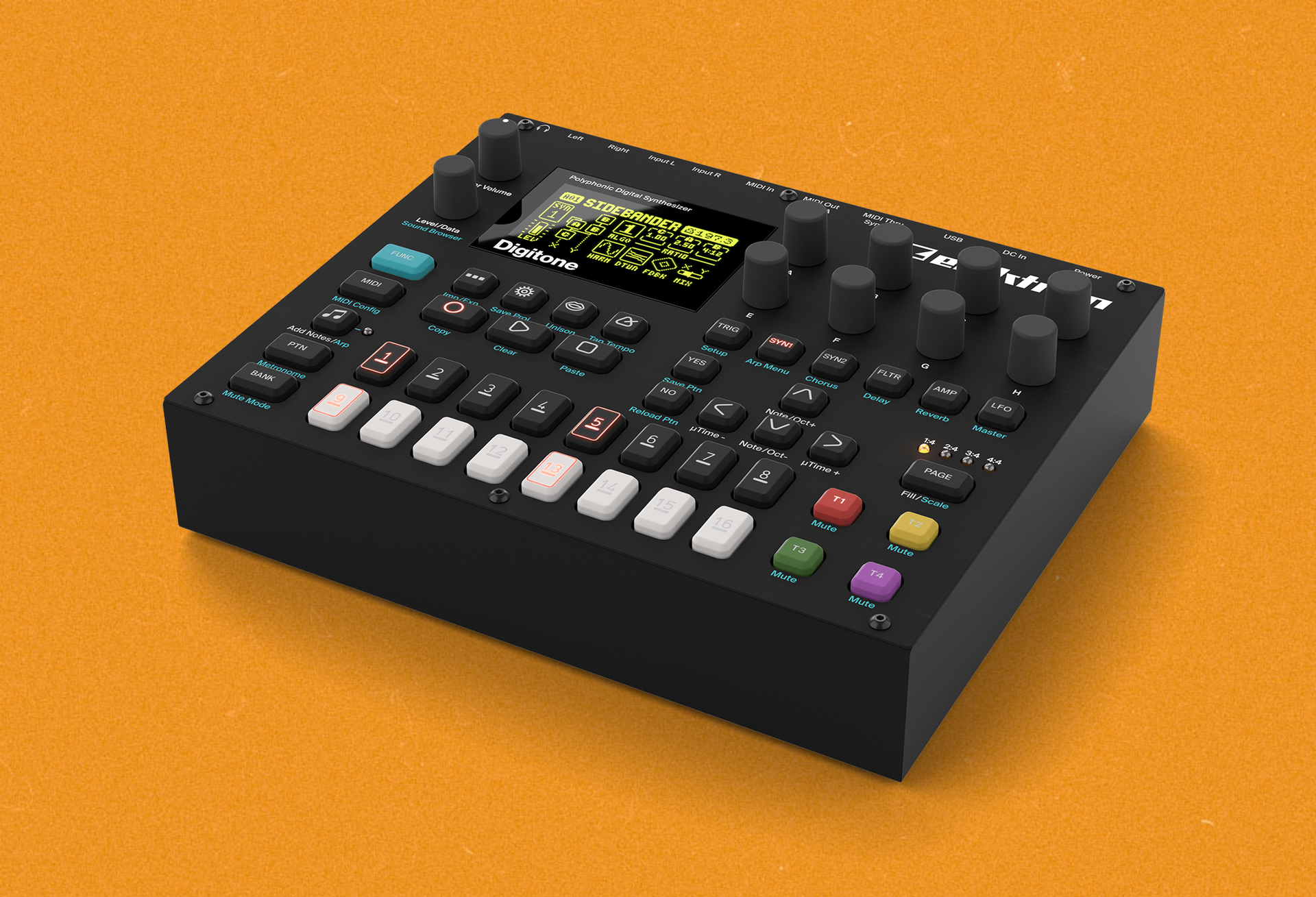 It also features a similar sequencer to the Digitakt, which means features like individual track lengths, parameter locks, micro timing and trig conditions – all which are capable precise, glitchy effects. Each track also has its own arpeggiator and built-in effects include chorus, delay, reverb and overdrive.

If you aren’t quite ready to dive headfirst into programming an FM synth then Elektron has supplied plenty presets. As well as sounds made by the Elektron staff, presets come from Mark Fell, Blush Response, modular synth YouTuber DivKid, Hizmi and Zabutom.

As with most Elektron’s hardware, the Digitone works with its Overbridge stware, which enables seamless integration with your computer. The synth is available now, but Elektron’s website has already sold out the first batch. There is an interactive web demo here if you want to get a feel for how it works.

Read next: Elektron Digitakt review: A classic drum machine in the making