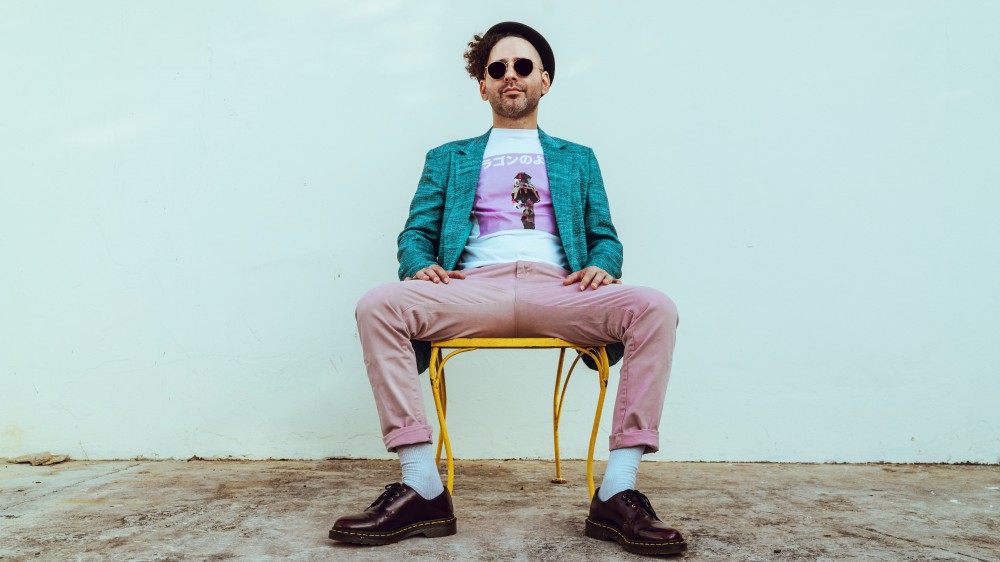 After recording six albums and scoring a whopping total of 28 Grammy and Latin Grammy awards opposite his brother, Residente, Eduardo Cabra — the Puerto Rican instrumentalist and composer of Calle 13 and Trending Tropics fame — has retired his stage name, Visitante. With the release of his new single, “La Cabra Jala Pal Monte,” he debuts himself anew as Cabra, the MC.

Written and composed with the input of Dominican singer-songwriter Rita Indiana, “La Cabra Jala Pal Monte” (“The Goat Pulls Up the Mountain”) melds pulsating, electronic rhythms with salacious hip-hop wordplay. It’s the first track released on Cabra’s San Juan-based, independent record label La Casa del Sombrero, a nod to Cabra’s notable collection of signature brimmed hats. “Cabra has always been the one behind all the work I have done,” he writes in a statement. “This definition makes it easier to enter a new period, where it is understood that Visitante, Trending Tropics, the producer, the composer and all the roles that I have taken in my career were always elements of Cabra.”

Directed by Niko Sedano, the new music video shows the artist formerly known as Visitante getting executed live on television by none other than the Grim Reaper — who is revealed to be the newly liberated Cabra. (Editor’s note: The music video contains graphic, gory imagery. Viewer discretion is advised. No animals were harmed during production.)