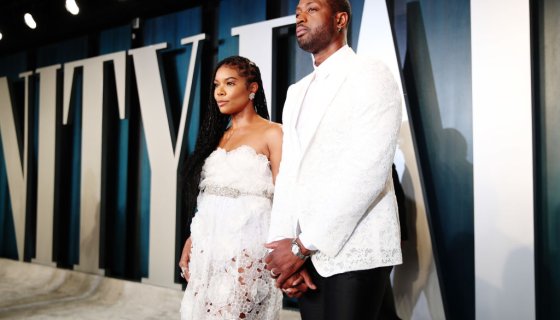 Dwyane Wade and his wife Gabrielle Union have been who came out to them as a member of the LGBTQ, and now a name change for the 12-year-old has been announced.

Wade, 38, sat down with The Ellen DeGeneres Show and shared how he and Union embraced the change of the name from Zion to Zaya, adding to Wade’s daughter continuing journey into living as her full self.

“Me and my wife Gabrielle Union are proud parents of a child in the LGBTQ+ community,” Wade said. “We are proud allies as well. We take our roles and our responsibility as parents very seriously.”

The former NBA great went to explain how their child came home to them and announced that they wanted to be referred to as Zaya and use the pronouns she and her, and also sharing how he and Union educated themselves about the LGBTQ community.

To watch Dwyane Wade lovingly share his daughter’s story, check out the video below.