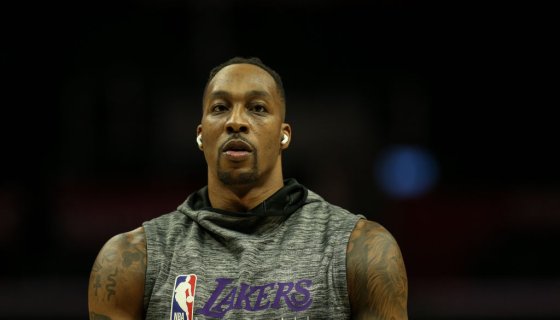 NBA superstar has revealed that in the midst of dealing with the stress of the pandemic, his family has suffered a tragic loss after the mother of his son passed away.

According to ESPN, The star said the mother of his six-year-old son, Melissa Rios, passed away back in March after having an epileptic seizure. During the interview, Howard explained that the hardest part of losing Rios was having to explain her passing to their six-year-old son.

“I’ve had some things happen in my personal life that has been difficult to really handle,” Howard said. “My son’s mom, she had passed away a month and a half ago and it’s extremely difficult for me to try to understand how to talk to my son, who’s 6 years old, just about the whole situation.”

Although Rios passed while many states were quarantining and practicing social distancing, noted that he and his son were fortunate to be able to attend the funeral while still following the state’s guidelines.

“There was no way I could not be there for my son, and even for her family,” Howard said. “I definitely would’ve felt like that would’ve been bad. She deserves and he would deserve better if I didn’t do that.”

Howard, who was planning to invite Rios to his home with him and his son when he learned that she has passed away, added that the entire experience has taught him to cherish each day because “every moment counts.”