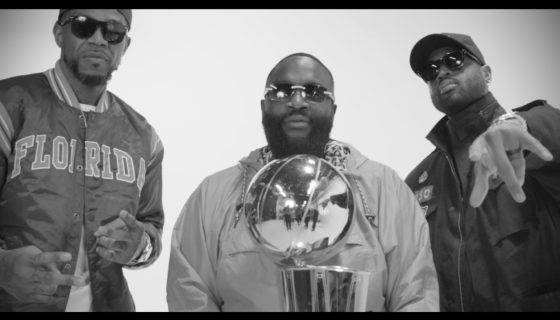 isn’t even a year removed from retirement and already he’s taking on a new career by venturing into the world of rap with the help of fellow Miamian, Rick Ross.

For his first official introduction into the rap game, the future NBA Hall of Famer hops on a track with the Bawse to create “Season Ticket Holder” in which Flash shows he can keep up with some of yesteryear’s ballers turned rappers with the bars and slow flow so you can understand what he’s saying.

“I’m the son of a saint/still considered a sinner/three rings on his finger, yeah that boy was a winner.”

Well, he ain’t but he ain’t lying.

Whether or not this leads to a full length debut album from Wade remains to be seen but he damn sure has the time to do one if he wants, that’s for sure.

Peep Wade and Ross get busy alongside OG crooner Raphael Sadiqq below and let us know if you think Dwayne Wade has what it takes to carry a full album on his own.