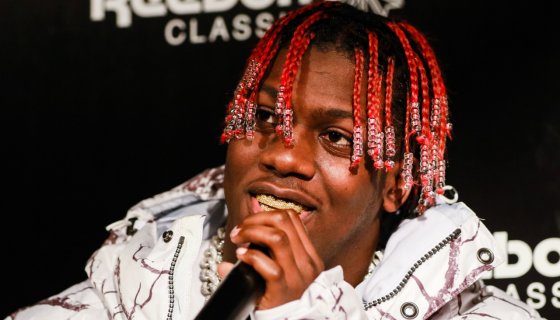 There was a time when Hip-Hop purists considered the whole Crunk scene in the South the death of the essence of rap music. Then came the mumble era and now we’re sure they’re pining for the days that Lil Jon and the A had the game on smash.

Well, the face of that mumble movement, is linking p with Duke Deuce and Turnt Lil Thadd to resurrect the Crunk scene and in their visuals to “Crunk Ain’t Dead MOB” run amuck in the mall and get lit at a gas station. This cool and all but we feel Lil Jon should’ve been involved in some way, shape or form if it’s gonna be crunk for real. At least a single “Yeeaahhh!” for good measure.

Rich The Kid meanwhile leaves no doubt as to what his favorite color is as he goes full blood bath with the designs and outfits in his clip to “Red.”

Check out the rest of today’s drops including work from BlocBoy JB, Don Toliver, and more.