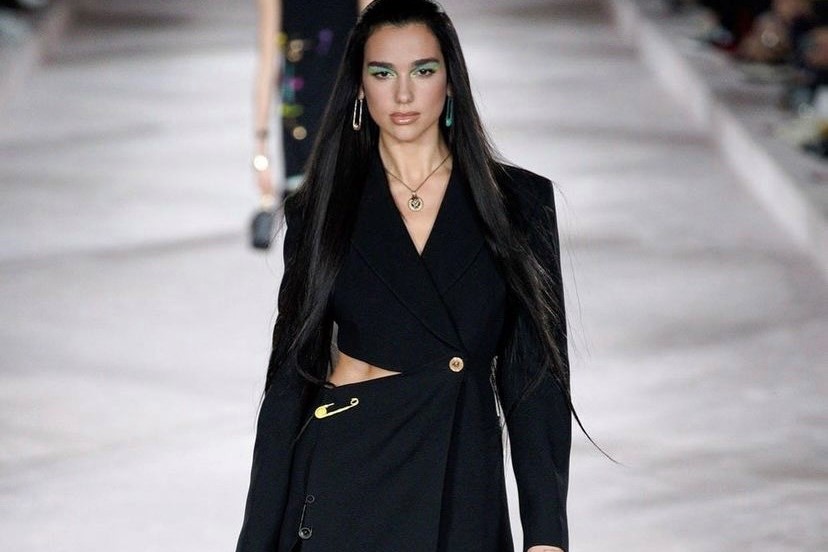 Trust Donatella Versace to bring out the big guns at Milan Fashion Week this season. After 18 months doing things digitally, the grand doyenne of glam style went ham when it came to her SS22 show, enlisting none other than Dua Lipa to strut down the runway in her latest collection.

With the catwalk flanked by shirtless, masked men wafting archive print silk scarves (so far, so Donna V), Lipa opened the show in a black, cinched-for-the-gods jacket and a slinky, side-split pencil skirt.

Lipa, who’s currently the face of Versace’s AW21 campaign, later shut the show down in a safety-pinned pencil dress that paid homage to past collections and offered a 2021 take on the iconic red carpet look worn by Liz Hurley in 1994, plus a shimmering pink finale gown.

The rest of the collection was made up of slick, colour-blocked bright suiting, second-skin vinyl minis, metallic sweetie-wrapper pinafores, and silk shirts, shorts, and skirts bearing bolshy bright floral prints.