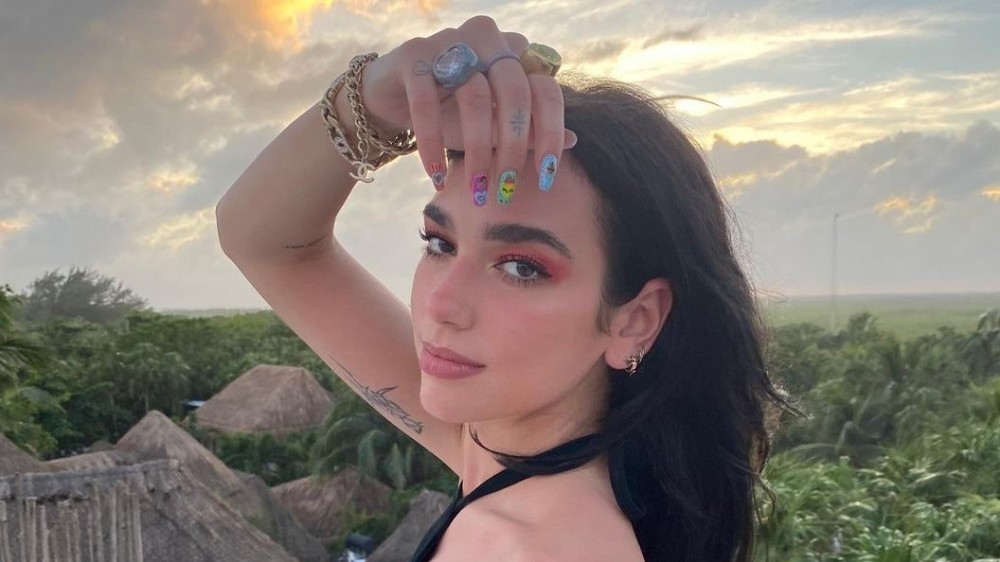 Call it the thong seen ‘round the world! Today, Dua Lipa posted an image on Instagram today of herself in a curve-skimming halter dress with side cut-outs. Though, this wasn’t just any ordinary curve-skimming halter dress with side cut-outs, as it came with a hiked-up G-string complete with an “X” medallion as the shiny bull’s eye on the lower back.

It shouldn’t be a surprise that Lipa has kept the risqué trend going. Remember several seasons ago when exposed thongs were creeping up on the runways? How could we forget that epically chic whale tale! While the look was certainly bold and unforgettable on the runway, Lipa was one of the first celebrities to bring the flossy look to the street, first appearing in a string-thing in a pair of baggy jeans back in October. This version is far more seductive than her sidewalk look, and complemented by a daring dress by Mônot reminiscent of Guy Laroche’s impossibly low-cut and revealing black dress worn by the French actress Mireille Darc in the 1972 film The Tall Blond Man with One Black Shoe. With Dua’s thong touch, the 2021 version got a bit more saucier.