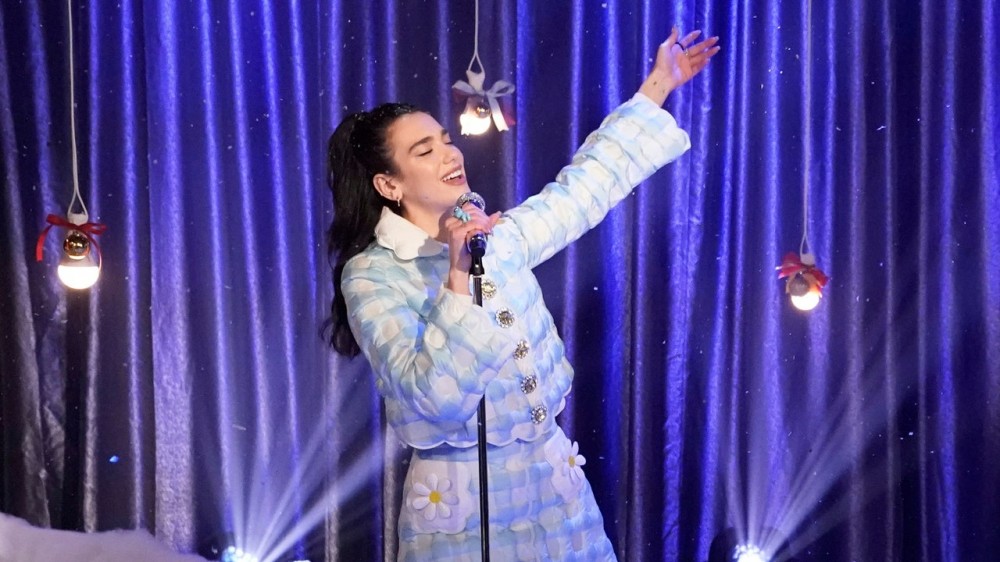 Dua Lipa has been on a full-body print streak this week. Amid a blizzard, she stepped out in a head-turning set—a puffer and tights—that boasted ’60s space-age rendition of the flower print, a collaboration by the British designer Richard Quinn and Moncler. (Céline Dion wore a similar look back in March.) The day after, Lipa made a snowy cameo in another look by Richard Quinn and Moncler, this time a very cheeky baby blue and daisy-checked puffer and skirt set for her appearance on The Tonight Show Starring Jimmy Fallon. Fran Fine, eat your heart out!

Lipa hasn’t been the only one gravitating towards Richard Quinn’s bold graphics. A few weeks ago, Kylie Jenner wore a leopard print onesie and matching puffer from the label. Her Majesty also attended his show back in Fall 2018 who later presented him with the inaugural Queen Elizabeth II Award for British Design. This feels like the right time for Quinn to make a street style splash among celebrities. His print-minded looks, which often cover the whole body, face included, are made to be noticed and translate just as well to Instagram as they do to editorials and the red carpet. Even the most wearable pieces, like Lipa’s sidewalk-friendly puffer coat, still pack a visual, fashion-forward punch—something that can be hard to achieve during winter. Expect to see more of these puffers making rounds among more celebrities in this cold weather season.