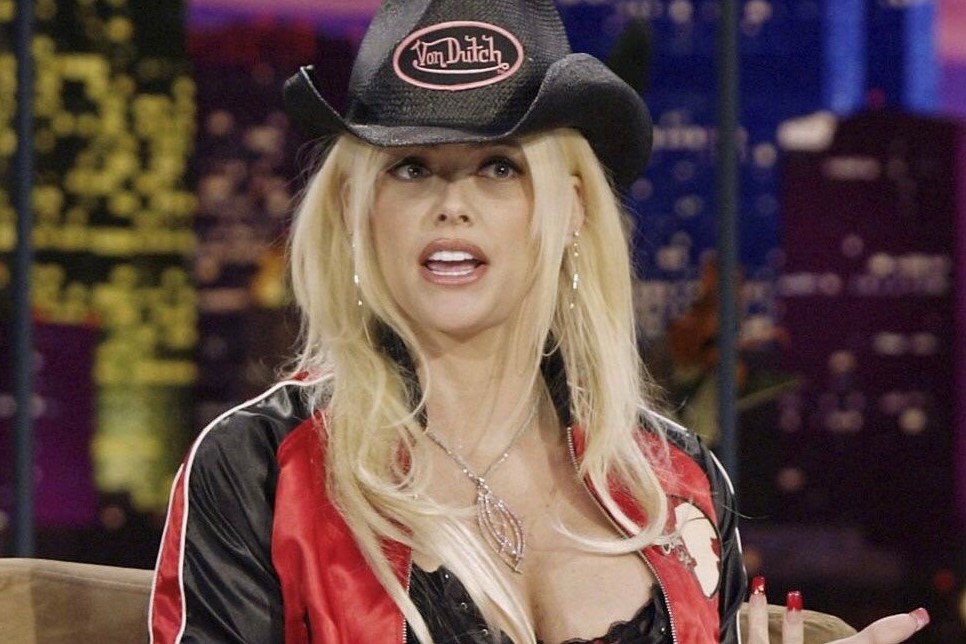 A three-part documentary, The Curse of Von Dutch, peels back the curtain on the gaudy 00s label beloved by celebs and garmento gangsters

Given the chance Paris Hilton would probably never wear Von Dutch again. She’s sitting beneath a giant chandelier in her LA mansion, reliving the golden days of the babetastic Y2K era, of which the Von Dutch trucker was its crowning glory. Throughout the 00s, Hilton, Nicole Ritchie, Britney Spears, Anna Nicole Smith, and Pamela Anderson were practically walking billboards for the label’s low-slung trousers, deliciously gaudy tracksuits, shrunken tees, and caps. It was everywhere, even outfitting The Simple Life, until suddenly it wasn’t. In episode three of The Curse of Von Dutch, Hilton describes the moment when she inexplicably, and without thinking, ordered her closet staff to destroy every single piece of Von Dutch she owned. Cursed indeed.

Landing today on Hayu, the three-part miniseries does not so much trace the rise and fall of Von Dutch, but the constant tribulations, heady wins, and mammoth setbacks which defined the company’s grapple with fame. Finding itself at the crossroads of Y2K nostalgia and the proliferation of true crime, director Andrew Renzi flirts with the promise of first-degree-murder through sparse interviews, moody reenactments, and slasher sound effects. And it’s no coincidence that The Curse of Von Dutch comes as House of Gucci finally gets its release. We are witnessing a merging of fashion and entertainment, but while The Curse lacks the shock factor of Patrizia Gucci slaying her ex-husband, there are whisperings of Pablo Escobar, Nazis, and Garmento Snakes throughout – though many of of them are fleeting non-sequiturs with tenuous connections to the label.

That being said, the story does end in bloodshed and the entire narrative is undercut with instances of betrayal, violence, drugs, and sabotage. “A fashion story doesn’t usually have this many dimensions. There’s murder and that’s what I was immediately interested in. And then when you peel back the layer of what happened there, there’s a relationship drama that’s really sad, tragic, and beautiful,” the director says. Renzi, whose first job was, serendipitously, modelling for Von Dutch in 2005, flits between shots of ex-convicts pissing into glass bottles in their motorhomes and miniature chihuahuas trotting through beach clubs in Von Dutch onesies. Moments like these come heavy-handed but speak to the tension between the label’s grisly origins and mainstream success, which was much to the dismay of co-founder Ed Boswell, who said the real Von Dutch “would’ve blown the shop up”.

Of course, we don’t know whether that is true and, if anything, The Curse of Von Dutch is a seedy battle of egos where nobody can be trusted. To simply speak of the label’s past seems to invoke chaos. “I believe in the curse of Dutch without question. I think that you step into this kind of territory and you poke a bear. You might get scratched, you might get mauled, but the curse of Von Dutch is a very real thing that I will take to my grave. Hopefully it won’t be an early grave because of it,” Renzi says. From its drug front beginnings to eventual sell-out, below, we chart the story of Von Dutch through its most wild chapters.

The Curse of Von Dutch is available on Hayu from today (December 8), distributed by Freemantle.