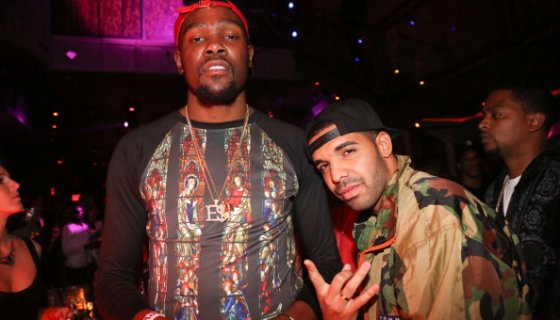 Coronavirus has affected notable figures, athletes and celebrities since the news went wide about the potential dangers of the virus and its rapid spread. , who was seen hanging out with who has tested positive for coronavirus, is reportedly now self-isolating in a bid to combat spreading the virus further.

Page Six reports that sources close to the Canadian superstar that Drake is currently back in his sprawling mansion in Toronto as he waits out the situation. Drake came into contact with Durant in West Hollywood on March 11 as the Brooklyn Nets were in town to take on the Los Angeles Lakers. Durant joined the team out west despite being injured and hung out at the Nice Guy nightclub with Drizzy.

Durant was one of four Nets players who tested positive for coronavirus and there are concerns that others may have been exposed although reports are scant at the time regarding any new revelations. Drake posted photos on Instagram of him and Durant’s evening outing from a week ago but hasn’t been terribly active beyond that aside from posting a video to his IG story feed from his basketball court.

The International Boundary, or the Canada-United States border, has barred all non-essential travel between the nations as a precaution against coronavirus and COVID-19. This has been perhaps the most drastic measure taken outside of Italy officially closing off its borders in addition to President Donald Trump barring international travel from many parts of Europe into the United States.