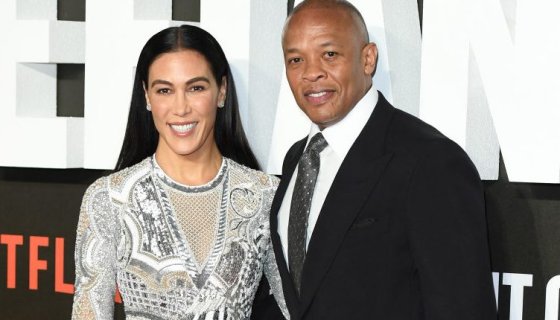 It’s a wrap for Dr. Dre and Nicole Wolf’s marriage.

TMZ is exclusively reporting Wolf filed the paperwork on Monday (Jun.29) to start the process ending her 24-year marriage to the super-producer Dr. Dre. As for the reasoning, the celebrity gossip site reports the “usual irreconcilable differences” as the reason Wolf is moving on from the Beats By Dre founder.

According to sources close to Wolf, there is no prenup in place and seeking spousal support. According to the financial bible, ., Dre is worth an astounding $800 million, so she should be getting a nice piece of change.

Dre and Nicole got married on May 25, 1996. Their union spawned two children, a son named Truice and a daughter named Truly, who are both adults, so child support won’t be an issue.

Before Wolf married Dre, she was hitched to former NBA baller Sedale Threatt. If you think she’s not pulling in her money, think again because she works as a lawyer. For her divorce proceedings, she will be represented by the high-powered celeb attorney, Samantha Spector.

TMZ reached out to Dr. Dre’s rep, but he had nothing to say on the matter. Maybe he will address it when drops. Anyway, Twitter has plenty to say, especially about the fact there is no prenup involved. You can peep the reactions to the Dre and Wolf’s divorce in the gallery below.

"Sources connected to Nicole say there is no prenup." pic.twitter.com/UHZlECZk6d

Dr. Dre is getting a divorce after 24 years of marriage & no prenup pic.twitter.com/5yowO9PCg9