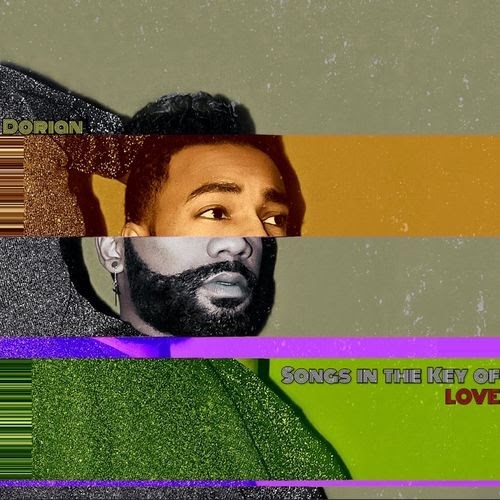 New Jersey-bred singer-songwriter Dorian recently released two new albums, Songs In The Key Of Love (Part 1 & 2), all together home to a collection of 14 songs. Inspired by Stevie Wonder’s Songs In The Key Of Life, the records’ essence revolves around spreading his experience and personal story about love, what it is, sounds like, and feels like. Dorian has brought together all of his influences to create truly unique records that also drive inspiration from iconic artists such as Michael Jackson, Monica, Brandy, and even new artists like The Weeknd.

Dorian believes in the healing power of art, music, and expression, and the daily practice of it is what keeps him close to God and to the music running in his soul and heart simultaneously. His empowering faith is what allowed him to overcome the many obstacles he had to face along his path.

Dorian started singing as a 7 year old child in church, in the footsteps of his father, who was a singer. After his graduation from school, Dorian joined the U.S Air Force, experiencing more than most would at his age. Struggling with his sexual identity, it is in the Air Force that Dorian met his life partner, and he is today a happy and fulfilled human being, who feels loved, and relentlessly pursues his passion in life; music.

His beautiful voice paired with a sure taste for what works and what doesn’t in terms of musicality are his strongest assets, without forgetting his powerful messages and emotions he wonderfully conveys through his signature sound.

Songs In The Key Of Life  (Part 1 & 2), are two impressive records that translate with a rare flair his multiple intuitions and artistic visions into modern soundscapes and majestic vocals.