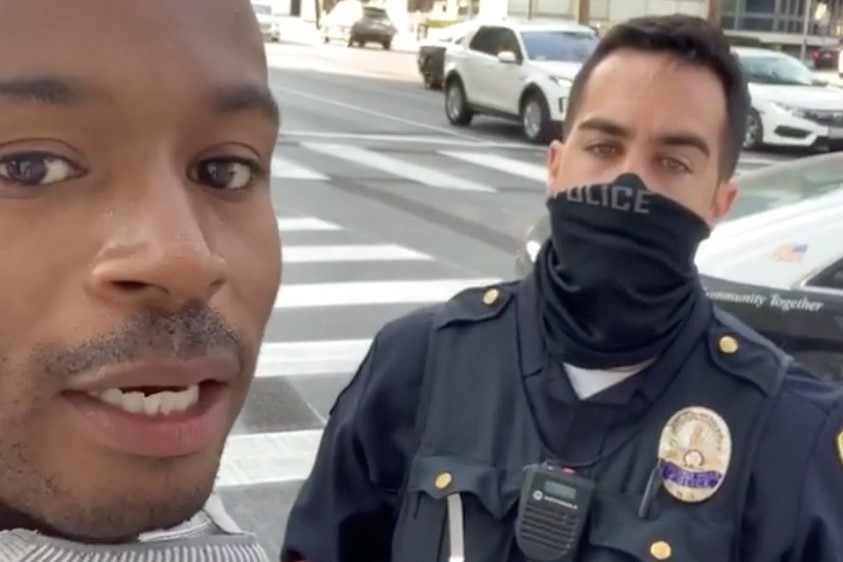 The Versace VP of Sneakers and Men’s Footwear, Salehe Bembury, was stopped by cops in LA

Donatella Versace has reshared a video taken featuring one of her employees being spoken to by police in LA – while carrying a Versace shopping bag. Salehe Bembury, who is the Italian house’s VP of Sneakers and Men’s Footwear, recorded the interaction and shared it on his Instagram.

In the video posted, the police are checking his license before telling him he’s free to go. “I’m getting searched for shopping at the store I work for, and just being Black,” he says.

On his story, Bembury – who is a respected figure in the fashion industry, and recently celebrated a collaboration with New Balance – went into more details. “I was in Beverly Hills… I was like let me go stop by the Versace store, so I grab a few things, I’m walking back to my car. All of a sudden this cop car pulls up on me on the corner… I’m startled immediately.”

Bembury says the police hopped out of the car “super fucking fast”, claimed he’d been jaywalking and then asked him to turn around, patted him down, told him not to put his hands in his pockets, and took his phone before he asked to record the situation.

“I’m safe and I’m good, but it’s fucked because I was doing nothing wrong, casually walking down the street with just a big-ass Versace bag,” Bembury said on his story, recounting the scary encounter. While things didn’t escalate on this occasion, according to research, “about 1 in every 1,000 Black men can expect to be killed by police” over the course of their lives in the United States – with recent high profile police killings, like that of George Floyd, also beginning in non-violent interactions.

“I am appalled this happened to Salehe Bembury today,” Donatella shared. “He has been a consultant at Versace for a long time and the behavior he experienced is totally unacceptable. He was stopped on the street solely for the color of his skin. Stay strong @salehebembury. Sending you love and support x”.