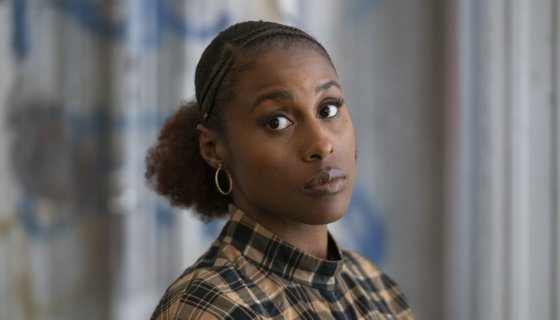 We are truly in the upside-down if is deeply concerned about Issa and Molly’s friendship.

Following another excellent episode of hit comedy show, Insecure, something peculiar happened on Twitter. The current occupant in the White House, Donald Trump’s Twitter account, was getting a lot of attention, and it had nothing to do with the latest stupidity he tweeted but reportedly what he liked instead.

When you go to Trump’s liked tweet section, the only liked tweet is an -related one from Twitter user @shiningheaux explaining how she wanted the episode to end but, of course, Molly ruined that.

This is how I wanted tonight's episode of insecure to end…Damn Molly pic.twitter.com/iYnLmPCPYk

Twitter was absolutely befuddled, and wonder is Donald Trump in the White House watching Insecure from his bunker and is invested in the show just like the rest of us? Or is there someone else handling his account and that person just happens to be a fan of Issa Rae’s brainchild. Chances are high that this might be doing of his small fingers accidentally hitting the like button under the tweet. We don’t think Trump knows what good television is period.

just when you think things can't get weirder pic.twitter.com/cqmVwg00L8

Anyway, the strange occurrence did illicit some hilarious tweets from Twitter users, and we were definitely here for it. You can peep all of the reactions to Trump liking the Insecure-related tweet in the gallery below.

Trump was out here in the bunker like pic.twitter.com/MbOoeww2mi

Donald Trump likes Insecure. We are in the fucking upside down.

THIS IS REAL WHAT THE FUCK WHY DOES DONALD TRUMP LIKE THIS DOES HE WATCH INSECURE WHAT THE ACTUAL HELLING FUCK CUNT IS GOING ON IN HERE? pic.twitter.com/y61pe0PaXR

The fact that Donald Trump watches Insecure…what is there to even say at this point pic.twitter.com/b5iZiQ4Njb

Who had Donald Trump watches Insecure on their 2020 bingo cards?! pic.twitter.com/bB2SfTORF4