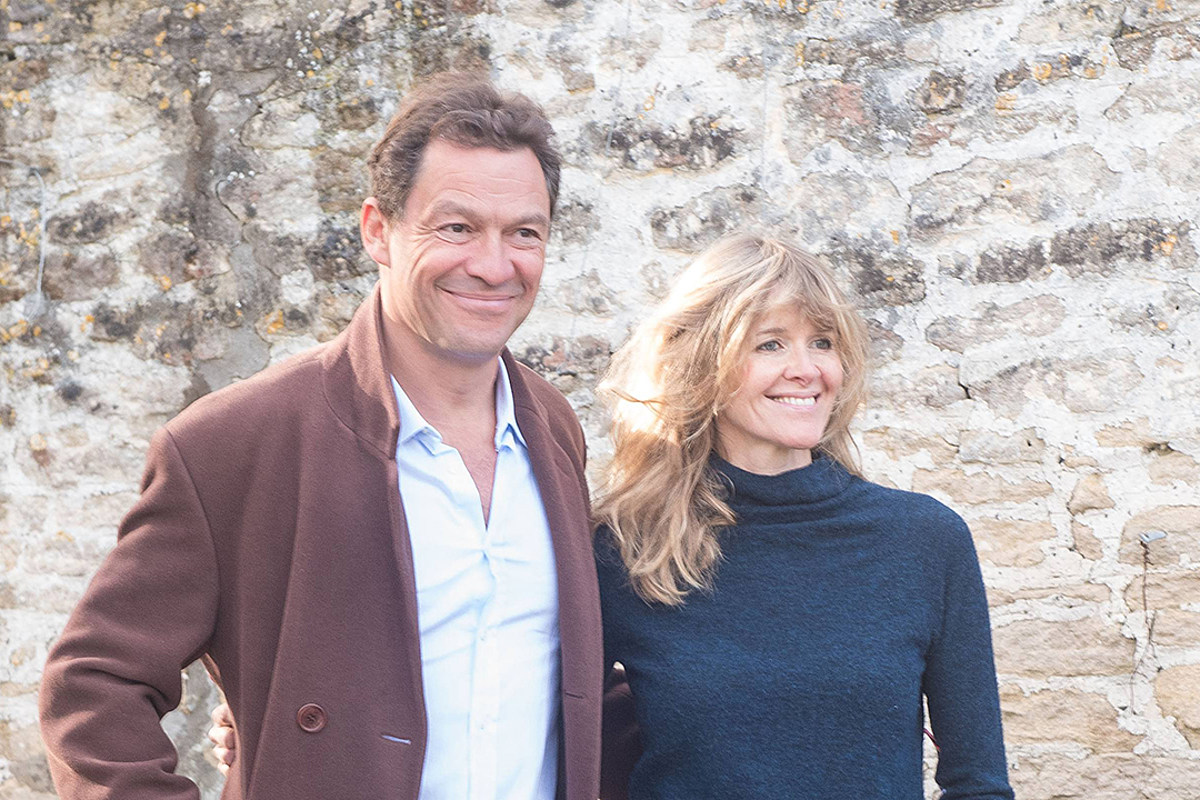 Dominic West and his wife Catherine FitzGerald are still very much together, the couple insists, despite affair rumors.

On Tuesday (October 13), the married couple posed for photographs outside of their home for photographers and a reporter. FitzGerald was the only one to speak about their marriage, stating, "Our marriage is still strong."

They also handed out a note to photographers written in cursive, which read, "Our marriage is strong and we're very much still together. Thank you."

"It did seem like they were putting on a show for photographers, but it was not awkward. They both looked very happy,” the eyewitness told ET.

West was spotted kissing his co-star Lily James on Sunday (October 12), as seen in photos obtained by the DailyMail. The PDA photos quickly sparked affair rumors, as West has been married to landscape designer Catherine FitzGerald since 2010.

West and James have been in Rome filming BBC’s upcoming The Pursuit of Love together, but the photos of them getting cozy were not taken while shooting scenes for the movie.

Just last week it was announced that the Mamma Mia actress was recently single, splitting from her boyfriend Matt Smith after an on-and-off five-year romance.

“Lily and Matt were a picture-perfect couple for years but there are just some differences they haven’t been able to get past. They have gone back and forth this year trying to sort things out between them because they both have so much love for each other,” a source told The Sun.

“But unfortunately it just isn’t working and they have mutually decided to just close this chapter of their lives. They adore each other and want to stay friends but as far as their romance goes, she has told ­everyone it’s over for good,” the source added.

James has not commented on the photos with West or the alleged affair.