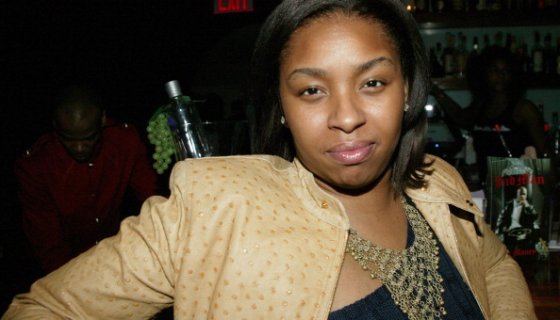 OkayPlayer collective member Jaguar Wright may have been off the radar for a few years, but after the untimely passing of her “brother”, co-founding , she’s breaking her silence on why she hasn’t been around publicly.

Taking to Instagram Live, Jaguar Wright spoke about the shocking death of Malik B, alleging that despite the public and seemingly heartfelt reactions and condolences,  and weren’t keeping it real about their behind the scenes actions towards their fellow member.

“Ya’ll all online talking about respect the family and this and that, but you didn’t respect your brother enough to come get him when he was doing bad,” Jaguar Wright said. “Y’all wasn’t trying to help him, y’all was telling people to turn their back on him while calling him a drug addict.”

Jaguar Wright also alleges that the same tactic the legendary crew used to discredit their founding member was also utilized against her after she was unwilling to take pay cuts after her highly-rated performance with Jay-Z during his 2001 session on MTV’s Unplugged.

“You up on stage because of Malik, he had the foresight to see what Hip-Hop was doing, not you,” Wright continued. “And what ya’ll do, try to stop him from shining  the same way ya’ll told people not to f*ck with me, talking about I have ‘mental issues.’ It’s funny that ya’ll became the very people you were rapping about and don’t even know it–or maybe you do. Telling people not to mess with me because ya’ll still mad that I went on stage after being assigned by you and ripped that muthaf*cka with Jay-Z.”

But her rant didn’t stop there, the soul singer also alleged that in addition to Malik B, The Roots’ bassist, , was also treated unfairly after being diagnosed with cancer in 2007, the group allegedly decided to discontinue his health insurance.

“And we aren’t going to even touch on how ya’ll did Hub,” Jaguar Wright said. “How ya’ll gon’ drop his insurance after he told ya’ll that he had cancer? That’s ya’ll’s brother and you dropped his insurance and left him to take care of himself when he needed you most. Folks acting like they don’t want to talk about it but we are going to hear it all, if ya’ll don’t put some respect on my brother’s name.”

Hub, whose real name is Leanord Hubbard, confirming Wright’s claim, where he alleged his deal with the band called for him to continue being paid as a co-owner, but that he received less compensation than other band members until 2014 when a former manager sent him a letter threatening to cut off his health insurance and his portion of the band’s revenue.

While The Roots were the initial target, the “Let Me Be the One” singer also set her crosshairs on Soulquarians and alleging that their silence sides them the band who initially treated the two women poorly early in their careers,

“Erykah you haven’t posted anything but you’re supposed to be this enlightened mother,” Wright said. “You haven’t said a word about my brother when he was the only one who wasn’t treating your ass like sh*t because you weren’t from Philly, but you quiet now. I’m killing all that fake sh*t.”

Ultimately Jaguar Wright notes that her goal is not to tear anyone down, but instead build up those who were swept under the rug during the prominent members’ rise to fame before adding that the time for Malik B to receive his credit for his contribution to the culture was overdue.

“There will never be another rapper on this earth that can aspire to be like Malik B, they can’t. He was a Hip-Hop profit and I won’t rest until he’s treated as such,” Wright said.

Check out the full live below.

[Editor’s Note: That was only the start. She went in even more (see next page)]