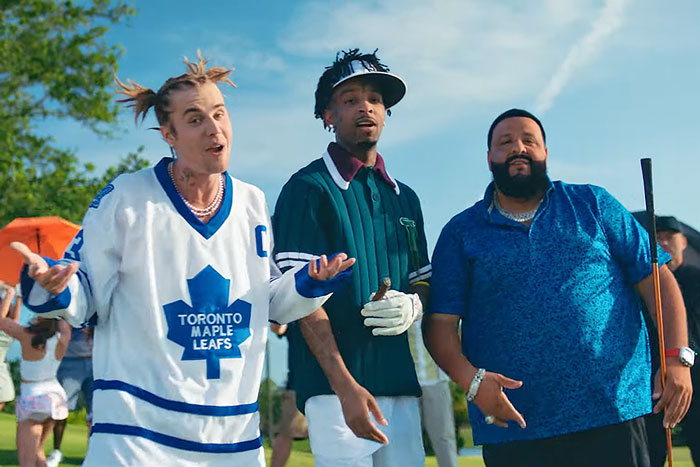 The king of “Another one” returns with a full-length album featuring dope projects, one being the “Let It Go” which features Justin Bieber and 21 Savage.

The music video takes us back to Adam Sandler’s Happy Gilmore movie where we see DJ Khaled with his billionaire buddies playing golf in the “We the Best Golf and Club.” Everything changes the moment Justin accepts a bet from Khaled’s friends.

After discovering Justin’s golfing talent, Khaled starts mentoring him and supports him to join 21 Savage in a tournament. In the middle of the game, an alligator interrupts everyone, where Khaled distracts it by attacking it.

“Let It Go” was dropped on May 10, and in less than three days after its release, the video accumulated more than +5 million views on YouTube.

Watch the music video below: