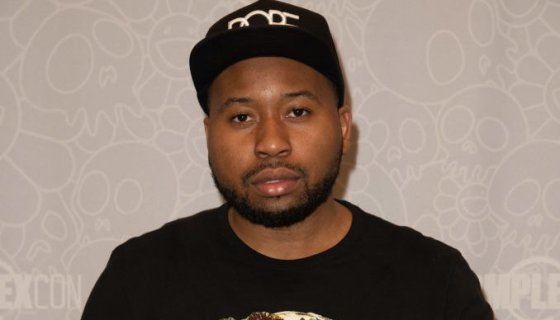 took an L, but Freddie Gibbs wasn’t involved just yet—but he does approve. The divisive, to say the least, “blogger” and host has been suspended from Complex News after calling Chrissy Teigen out of her name.

On Tuesday (June 30), Akademiks jumped out the window when he came for John Legend’s wife while he was streaming on Twitch. Her crime was allegedly sneak dissing him.

“It’s bewildering to me. His bitch be talking mad sh*t online,” said Akademiks, referring to Teigen. “What’s… I dislike this b*tch so much, I can’t even lie to you. One time she sneak-dissed me so f*ck that hoe. Straight up and John Legend could hear that. Don’t have your b*tch dissing me because I don’t give two f*cks about none of y’all n*ggas.”

That was only the beginning and Akademiks even went on to invite the couple to “suck his d*ck.” This is where we point out that Akademiks is reportedly 29 years old.

Outrage followed at the blogger’s audacity, and on Thursday, July 2, Akademiks served up a weak sauce apology.

Complex News has suspended Akademiks from his job for disrespecting Chrissy Teigen pic.twitter.com/Y4L1Qb1aTD

“I definitely wanna start off by kind of like apologizing for some of the stuff that’s been going on outside the show,” said Akademiks. “I think I definitely went over the line when I was addressing a few women. That just wasn’t right. After thinking about it, even seeing the clip, it looks nasty. Truth be told, given everything that’s going on not only in the world, given what’s going on with the current climate at Complex and also former employees and current employees, also working with Nadeska, someone I have a lot of love for, I just felt it was just completely out of pocket.”

Akademiks also confirmed that he was indeed suspended from Everyday Struggle (he’ll be taking two episodes off). Also, word is he’s been banned from Twitch as well.

DJ Akademiks has been suspended by Complex for harsh comments. One more thing, Twitch has banned him from live streaming. pic.twitter.com/osVWtJUodG

Amidst all this, Akademiks has been beefing online with rapper Freddie Gibbs, amongst others (see: ). But Gibbs has been particularly relentless, even .

So it goes without saying the “Alfredo” rapper was ready with the pile on.

Hey, sometimes you need to dig into the petty content to forget about the seriousness of the real world if just for a moment.