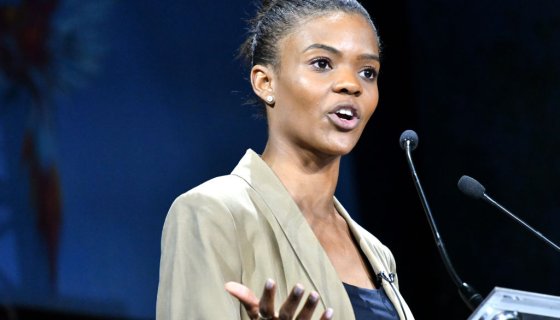 is a darling of the far-right due to her “” antics but that doesn’t mean the jig hasn’t been spotted, and not just by Black people. The has been suspended by GoFundMe due to her gaslighting antics.

According to the Daily Beast, Owens was suspended due to harsh word she aimed at the late George Floyd. Despite the man’s murder literally inspiring global protests against police brutality, the Notorious C.O. determined it necessary to try to slander the man’s name.

“GoFundMe has suspended the account associated with Candace Owens and the GoFundMe campaign has been removed because of a repeated pattern of inflammatory statements that spread hate, discrimination, intolerance and falsehoods against the black community at a time of profound national crisis,” said the platform in a statement. “These actions violate our terms of service.”

Reportedly, Owens was raising money for the Parkside Cafe in Birmingham, Alabama, whose co-owner, Michael Dykes, went on social media to call Floyd a “thug.” He also multitasked and called protesters “idiots” text message, which also made it online. Don’t shed a tear, because Parkside Cafe is still getting the money that was raised, and they’ve also apologized for Dykes being a headass.

Yep, that’s the type of hill Candace Owens chooses to fight and die on. This is where we point out that there are receipts that Owens, who was once anti-Trump, is pretty much a scammer, as documented by our NewsOne peeps right here.

Owens went on Twitter to kicker her usual conservatives are under attack malarkey. But hey c00ns are gonna c00n.

While I am glad they will give the funds raised this far to the cafe to the owner, I am angry that such a blatant form of discrimination is acceptable by @gofundme. There was NOTHING intolerant or violent about raising funds to help a conservative business owner.