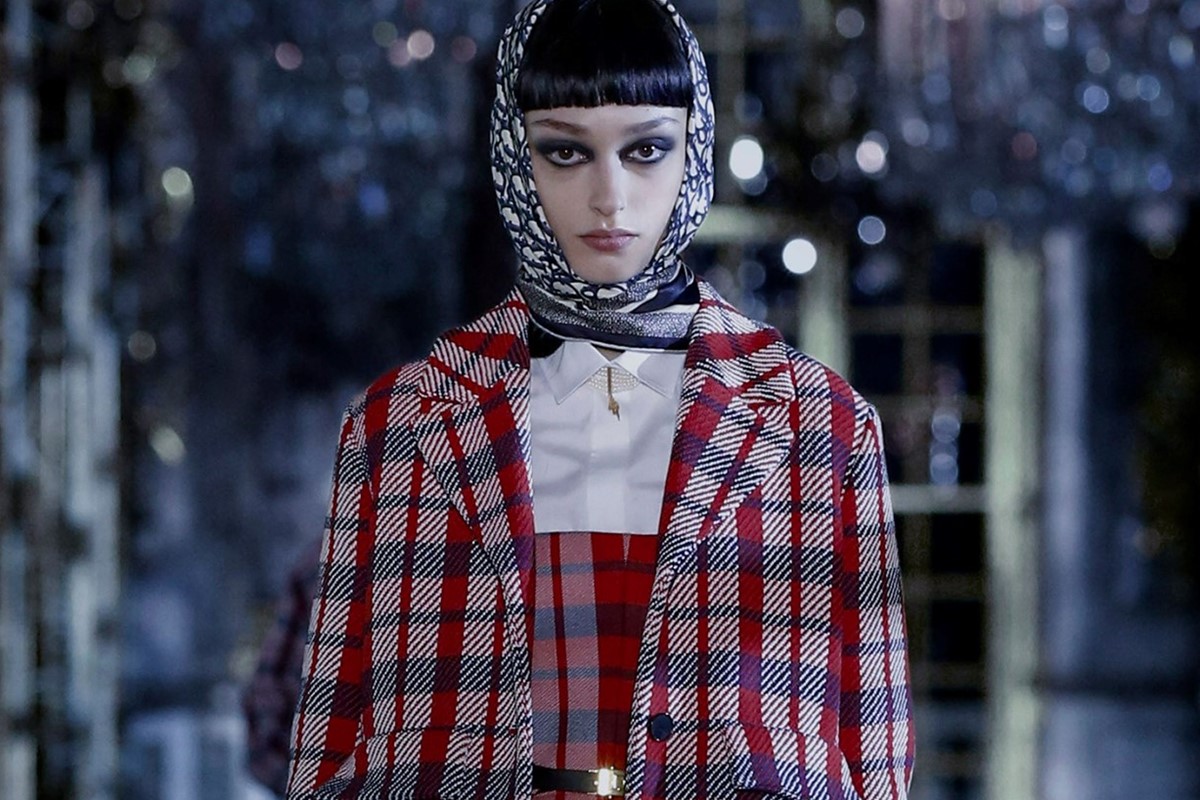 A cute behind-the-scenes film sees Beauty and the Beast, Snow White, and… Aquaman all make the list

Maria Grazia Chiuri is well-versed in weaving fantasies. So far, during her tenure at the helm of Dior, the Italian designer has taken us on a journey inside a magical circus tent, through a deep, dark wood filled with mythological creatures, and, most recently, into a pack of tarot cards as she explored the arcane in her SS21 Haute Couture show.

Unsurprisingly, this season is no different. Inviting us through the looking glass, Chiuri turned her attention to the library for inspiration for AW21, plucking a series of classic fairytales from its shelves and using them as the basis for her latest collection.

With the show taking place, casually, in Versailles’ uber-grand Hall of Mirrors, the collection was yet another way of celebrating and centring women who have been historically overlooked: in this instance, the writers who penned the original fairytales at the French Palace  in the 17th century. “I really love fairytales, but nobody celebrated the women who wrote them all,” Chiuri lamented to Vogue ahead of the show, which aptly took place on International Women’s Day.

Going deeper than Disney’s saccharine-heavy, technicolour take on these classic stories, Chiuri unravelled the messages at their core, looking to Jean Cocteau’s 1946 iteration of Beauty and The Beast particularly, which she revealed as ‘her favourite’.

With prim princess coats in deep shades of Sleeping Beauty blue, and a new take on Little Red Riding Hood’s cape, in which the house’s classic Bar jacket had been afforded its own hood, and Snow White-esque pinafore dresses among the line-up, the collection – inspired in part by new Dior ambassador, Blackpink star Jisoo – was undoubtedly romantic.

Undertones of darkness were present throughout, however: namely, in the roses and discarded rose petals that fluttered across tulle gowns and crisp cotton shirts alike, an homage to the flower that counts ominously down to the beast’s irreversible change at the hand of the witch who cursed him. For all the mirrors reflecting the offering, the season was all about turning the mirror inwards and reflecting on oneself.

Alongside the short film that gave the new collection its debut, Dior has also released an exclusive look at the moments leading up to the show. Going behind-the-scenes at Versailles, a number of models, couturiers, and production staff reveal their favourite fairytale, with many going for the most well-known among them.

Elsewhere, however, came a few curveballs, as one Russian model reveals fairy stories aren’t on the agenda in her country, and she prefers to read classics, and a member of the atelier staff opting for Aquaman: which is entirely fair enough, we guess!

Watch it for yourself below and take a look at some of the collection in the gallery above.