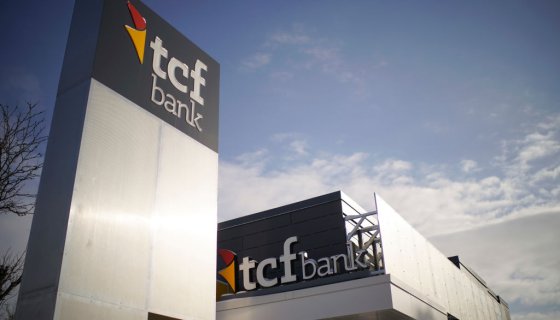 Sauntore Thomas was hoping to deposit and the settlement checks from a racial discrimination lawsuit at a bank ina Detroit suburb when a teller called the cops on him over the legit cash. We’re pretty sure we don’t have to inform you that Mr. Thomas is a Black man.

Local news outlet WXYZ sat down with Thomas, 44, to learn more about the incident that took place in Livonia, Mich. and get details on a secondary lawsuit he’s launched against TCF Bank. According to Thomas, he entered the bank this past Tuesday to deposit two of three large settlement checks from a workplace racial discrimination lawsuit he launched against his previous employer and cash one of them so that he could purchase a vehicle.

Thomas says he was met with scrutiny by a teller, who was Black, and the bank was initially unable to confirm the legitimacy of the checks from Thomas’ Enterprise Leasing Company of Detroit lawsuit settlement. But before then, the bank claimed systems were down according to Thomas’ side of the exchange and that they held him up with questions about the deposits before bank staff sat him down and then called police. Thomas, who was alone, reportedly had four officers arrive on the scene according to Detroit Free Press.

After the police left after being unable to find a crime, TCF Bank launched a fraud investigation against Thomas according to his attorney, but he was able to get the checks deposited at another bank without incident. Thomas’ attorney, Deborah Gordon, told WXYZ that TCF Bank’s actions against her client is basically a case of “banking while Black.”

A Detroit man says he was racially profiled @TCFBank in Livonia, when he went to deposit some large checks. Police were called and a fraud investigation was launched when he tried to cash one of the checks, which happened to be from a racial discrimination settlement @wxyzdetroit pic.twitter.com/elhSdHQ2DL

Hopefully, Thomas will hit TCF Bank in the pockets.