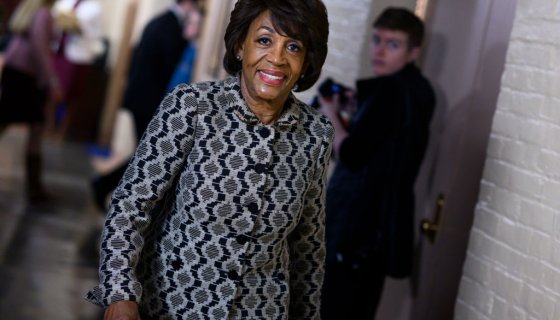 The brand is very strong. Desus & Mero headed back to the political warzone, Washington D.C., where they chopped it up with America’s Auntie, congresswoman .

Desus Nice and The Kid Mero are racking up the wins in the form big interviews current political figures but making sure to keep the same energy they have come to be loved for. The dynamic Bronx duo returned to the nation’s capital to have a discussion with Auntie Maxine Waters and to take a quick D.C. tour.

Before getting into the interview, they make sure it’s okay to call the Auntie and asking her if it has a negative connotation with her, and she says not it doesn’t and that she is “honored to be called Auntie.” Sorry, you’re alone on that on that one. The interview touched on a range of topics, including the orange menace, Donald Trump, which the U.S. Representative for California’s 43rd congressional district calls a “flawed character” and that “she has never seen nothing like this.”

When the topic switched to the general election and the Democratic primaries going on, Auntie Maxine revealed she is very worried.”I’m uncomfortable,” she stated. When Desus further inquired what she is most concerned about? Water’s responded:

“I think now it boils down to all of us wanting someone that we feel comfortable can really beat Trump. This country cannot tolerate another 4 years of him [Trump]. People have said, I don’t think they’re talking about the issues I we are concerned about, and I have not endorsed anybody, and I am going to wait till after South Carolina.”

Following the brief conversation, Auntie Maxine took the Bodega Boys on a quick D.C. tour taking them to the committee she chairs and letting them get a taste of her day-to-day business. While in the chamber, Waters points out that there are no people of color or women’s portraits hanging and that she is the first Black person and woman to chair the House Financial Services Committee.

After their committee experience, Auntie Maxine takes the boys on a ride using the subway located directly underneath the United States Capitol that is connected to all three of the Senate office buildings and one of the four House office buildings.

Waters joins the growing list of political figures that have spoken with the duo. Just recently, they linked up with headed back to BX to enjoy bacon, egg, and cheese sandwiches and put her bartending skills to use. They also quizzed current Democratic presidential frontrunner, Bernie Sanders on the This is the content we are here for. You can peep their latest interview with Auntie Maxine below.