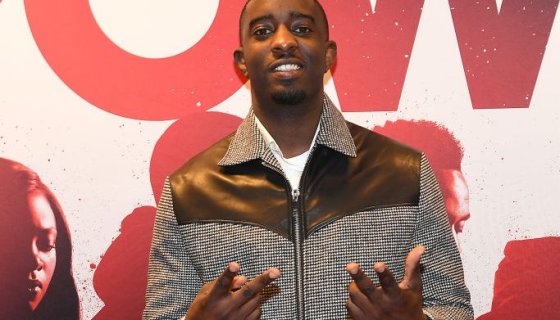 Desi Banks has emerged as one of the more popular comedians to use social media to elevate their art, amassing a strong following in the process. However, Banks may have undone some of that support after posting a meme that was critical of the intense nature of the protests happening across the nation.

On Friday, Banks angered many by shouting down the protests and destruction of businesses, most specifically Black-owned ones. He apologized to his fans but some are questioning why he doubled down and posted the meme.

At the end of the day bra I want to see change as well man if I offended you I apologize. Emotions are at its highest right now. I was just trying to bring light. Tweets can be enterperated in the wrong way sometime.

It appears the meme is shouting down the protests in South Minneapolis, Atlanta, Los Angeles, and other major American cities. As it stands, the death of Floyd and the recent death of others like Breonna Taylor has become a tipping point of sorts for the passionate reactions of late.

Banks hasn’t been the only high profile Black person to address the protests and call for calm as Killer Mike made a passionate plea to the city of Atlanta to keep their reactions on the peaceful side of things and to keep businesses intact.

On Twitter, Banks is getting the expected reaction to tweet with some flat out calling him corny along with other choice words. We’ve collected those reactions for your viewing below.

What do you call this Desi? Attempted murder? pic.twitter.com/lyGYFEHPXM

Me hitting that unfollow button on desi banks pic.twitter.com/sM08Uo7EyF

Desi was making money off Hood Dudes and as soon as the real ones showed up he went back to the subdivision.

Desi did all those hood videos just to go out SAD.

Desi banks: And another thing☝️🏿….

Nah call Desi what he is. A sellout. Protect them pockets tho. That’s the price they give for their soul.

Do you know what day that first picture was taken on, Desi? Are you aware of what happened? Do you even care? https://t.co/VJ8vQ6GlkE

Delete this Desi. DELETE THIS https://t.co/6iCuD9KVef

Desi: *apologizes for dumb comments after getting ate up*

Desi: *wakes up and does it again*

We love you. But this is disappointing. “Looting” is a result of not having and our people have had to survive and struggle for hundreds of years here.

Building can be rebuilt and items can be restocked but our lives can not be returned. Wake up brother.

The black community when desi banks tries to post a hood video after today pic.twitter.com/m0b996xNDe