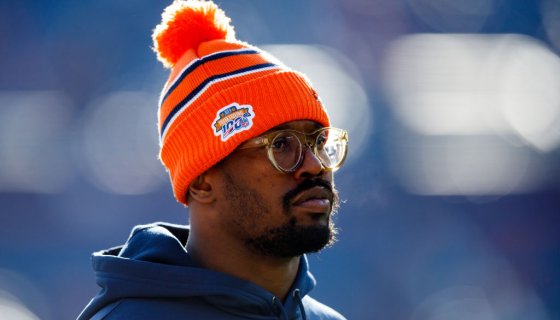 The coronavirus doesn’t discriminate whether you are rich, poor, a movie star, musician, or athlete you catch it. NFL superstar revealed that he is the latest high-profile athlete to contract the virus.

Miller announced the dreadful news of his positive diagnosis to his fans on Instagram, intending to point out just how dangerous the disease is.

“I’m going to do whatever I have to do to get thru this! Take this seriously. It’s definitely FOR REAL.”

“Von wants to let everyone out there know it’s serious; it doesn’t just happen to old people in nursing homes.”

Branion, also pointed out that outside of his client’s allergy to grass, the 31-year-old NFL superstar is a picture of good health and that he’s seen him in much worse condition than he is now.

“Von lives to take care of his health and his body, and it hit him, too. Hopefully, he’s like the 85 percent who kick this disease in the teeth in two weeks. But the bottom line is he got it, too.”

“I’ve seen him a lot sicker after games. He’s allergic to grass, and after he’s been inundated with pollen, he’s sounded worse.

Miller detailed to KUSA-TV in Denver when he decided to get tested, revealing he got suspicious after he developed a cough that didn’t go away when his nebulizer for his asthma didn’t remedy the issue. His test came back positive on Thursday. Despite the results, Miller remains upbeat and says he is not in bad shape.

“I’m in good spirits. I’m not feeling sick or hurting or anything like that.”

Miller has been in contact with his former team, the Denver Broncos, and is consulting with the organization’s medical team. In  a statement, the Broncos said that he  “elected to share his diagnosis publicly to emphasize that anyone can be afflicted with coronavirus.”

“Von is doing well and recovering at home in self-isolation. He remains under the care of team doctors, who are following all coronavirus treatment procedures to ensure a safe environment for Von and our community.”

To see the list of celebrities who have also , you can head here.