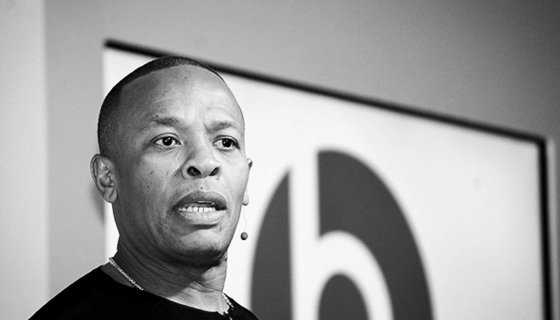 linked up with the Wokepernick, aka , and immortalized the moment by throwing it on the ‘Gram.

The legendary producer and headphones slinger Dr. Dre dropped a gem of an Instagram post, Sunday night (July 26) featuring Colin Kaepernick, both taking a knee. While no information about the two linking up has been revealed, the photo was accompanied by the caption, “Defiant.”

The photo-op immediately garnered tons of positive reactions from the likes of LeBron James, Isaiah Thomas, and even Dre’s former company Beats By Dre, which is now owned by .

Kaepernick and Dre are no strangers to each other. During Kap’s playing days while conducting interviews, post-game press conferences, the former 49er always had a pair of Beats By Dre headphones as part of an endorsement deal he secured with the audio brand back in 2013.

Speaking of the , Kap hasn’t given up on getting back in the league that has ridiculously black-balled him because of his peaceful protesting. The 32-year-old quarterback is and has allegedly caught the interest of several teams, but none have brought him in for a workout.

We are sure we will see the fruit of Colin and Dre’s meeting very soon.