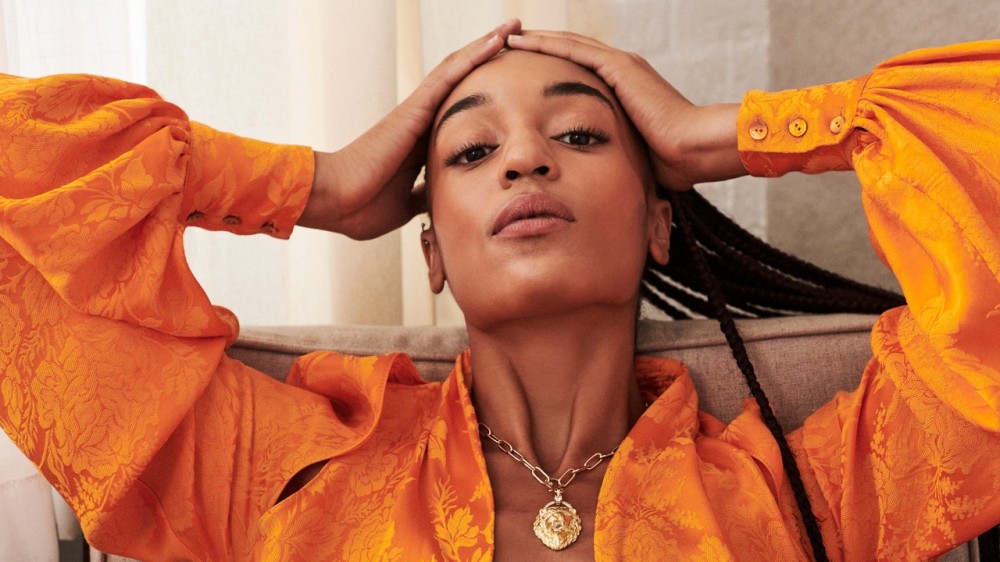 Reset is a word that has come to define 2020. When the pandemic hit the United States in March, we were forced to reset everything: our priorities, our mindsets, even our habits. For certain industries, fashion included, the wake-up call was long overdue, particularly when it comes to environmental and social impact. Brands high and low are now beginning to address their carbon emissions, improve transparency in their supply chains, and revamp their hiring practices, though it’s possible the do-gooding will be short-lived for some. With a new collaboration called ReSet Collective, De Beers is asserting its long-term commitments to positive change. The project includes five independent female jewelry designers: Jade Trau, Jennie Kwon, Julez Bryant, Sara Weinstock, and Zoë Chicco. Each designer created a one-of-a-kind pendant using diamonds sourced from the De Beers mines in Botswana. What makes this partnership particularly notable is that the designers actually saw precisely where the diamonds are sourced from.

Colby Shergalis, a senior vice president at De Beers Group, recalled a 2019 event hosted by Neo Masisi, the First Lady of Botswana. She asked a room full of jewelry designers if they’d ever visited a diamond mine. “Very few hands were raised,” Shergalis says. “We saw it as a tremendous opportunity to connect designers with where diamonds come from.”

She organized a trip to Botswana to educate designers about De Beers’s practices, introduce them to the people involved in their supply chain, and generally help the designers become more informed and confident in sourcing diamonds, gems, gold, and other materials. “We wanted to connect designers with the communities and places where our diamonds come from, so they could see how we are “Building Forever” [De Beers’s roadmap for sustainability and ethics], and the impact it’s having,” Shergalis adds. “Building these connections is vitally important. Now more than ever, people are resetting and elevating their expectations, and they’re looking for meaningful connections with both people and the planet. We all want to know where the products we buy come from, and that they’re not only doing [less] harm, but are actively doing good.”

On the last day of the trip, the designers proposed a collaboration with De Beers so they could apply their learnings to something tangible—and charitable. Their pendants will be auctioned at Sotheby’s starting December 10, with 100% of the proceeds split equally between Stepping Stones International, which supports vulnerable youth in Botswana through leadership and life skills development, and the NAACP Legal Defense Fund.

“We had no idea how much of a positive impact De Beers had on Botswana until we saw it firsthand,” Chicco says. “We got to see the diamond mines with our own eyes, meet the people that work in the sorting and cutting factories, and witness the lifecycle of these stones…. To be able to use these diamonds specifically to make a piece that will give back to the people and youth of Botswana is very important and significant to all of us. It really brought everything full circle.”

“I’d wanted to visit a diamond mine forever,” Trau adds. “I’ve always wanted to see where they came from and connect the dots, essentially. The trip to Botswana certainly changed my perspective on diamond mining. One thing I also learned when I visited the mine is that De Beers is using Kimberlite rock as part of their efforts to not only make the mines carbon-neutral over time, but to make them carbon positive, which is wonderful.”

Indira Scott appears in the campaign wearing the pendants, several of which feature Botswana’s native animals, like the elephant in Bryant’s geometric design, the leopard in Jennie Kwon’s piece, the zebra that features as a motif for Weinstock, and the lion that is shown lion holding a raw diamond in its mouth in Chicco’s creation. “I’ve never used rough, raw diamonds before, so that was a first for me,” Chicco says. “But more importantly, this is the first time I can say I know the true source of the diamonds used in one of my pieces. It’s very difficult to know the exact origin of a diamond, because parcels from different mines get mixed together before they’re sold. Knowing that this diamond is from the mines I saw in Botswana makes this piece truly special and unique.”

The ReSet pendants will be available in a Sotheby’s online auction from December 10-17, with prices starting around $20,000. More information on the designs can be found at debeers.com.