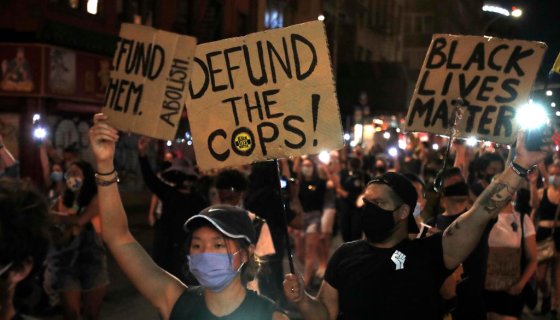 Restaurants and bars are still limited in the option of hosting patrons inside thus outside has become the new social playground. Even in this era of inconvenience, the law is making it clear that Black and Brown folks are still the hunted.

As spotted on The Gothamist a new report is showing that people of color are getting ticketed for public alcohol consumption in New York City at a staggering rate. Even more alarming, but shouldn’t come to anyone at as a surprise, is that Blacks and Hispanics are being disproportionately fined. Since January 2020 1,250 locals have been hit with summonses for boozing outside but Blacks and Hispanics make up almost 90% of the offenders. Only 7% were whites.

Obliviously the numbers skewed against us prompting the heavy side eye from several publications and the woke online population. “The enforces the law fairly and equally, and works tirelessly every day to keep every resident and every neighborhood safe” said spokesman Al Baker. But the formal response to the glaring issue has fallen on deaf ears.

Many individuals have called for public consumption of alcohol to be made legal in New York including Public Advocate Jumaane Williams. “The fact of the matter is, I know that if this was reversed and that 90 percent of these summonses were white and seven percent black and brown, they probably would take the law off the books” he explained. “I don’t think people should be walking around [intoxicated]. I don’t think they should be walking around high. I do know that if there are laws on the books, at minimum, they should be applied equally, equitably across the board. And that just isn’t done.”