Last year, Warp duo Darkstar traveled to Liverpool to work with Trackbed, a project that teaches music production skills to young people in the communities surrounding Edge Hill Station. Joe Muggs talks to the pair about the ambitious music that resulted, full challenging lyrics about Brexit, migration and more.

The Trackbed project is, in many ways, very simple. “We made some music with a youth centre in Liverpool,” says James Young Warp Records duo Darkstar, “and both sides are proud it, and loads it is really good.”

Darkstar have already got a history engagement with Northern England. Young is from Cheshire and his partner Aidan Whalley is from Wakefield in Yorkshire, and their early work was littered with references to their northern heritage: their debut album for Hyperdub was called North, after all. This got far more explicit, though, with their 2016 third album Foam Island, which is built around Mass Observation-style recordings young people from Huddersfield speaking about their own lives and outlooks.

It was this in part that brought them together with the Metal arts centre in Liverpool (it also has branches in Southsea and Peterborough). Metal is based in Edge Hill Station: it’s the oldest still-working railway station in the world, but surrounded by an extremely deprived neighbourhood – a third children living in poverty – with people from a huge array immigrant backgrounds, particularly Roma from Eastern Europe, making up the local community. Having heard Foam Island, Metal tentatively had Darkstar in mind to work with the Harthill youth centre on a recording project. “Serendipitously”, says Metal’s Mary-Jane Edwards, “James got in touch about another project we were working on at the time,” so the relationship fell together naturally. 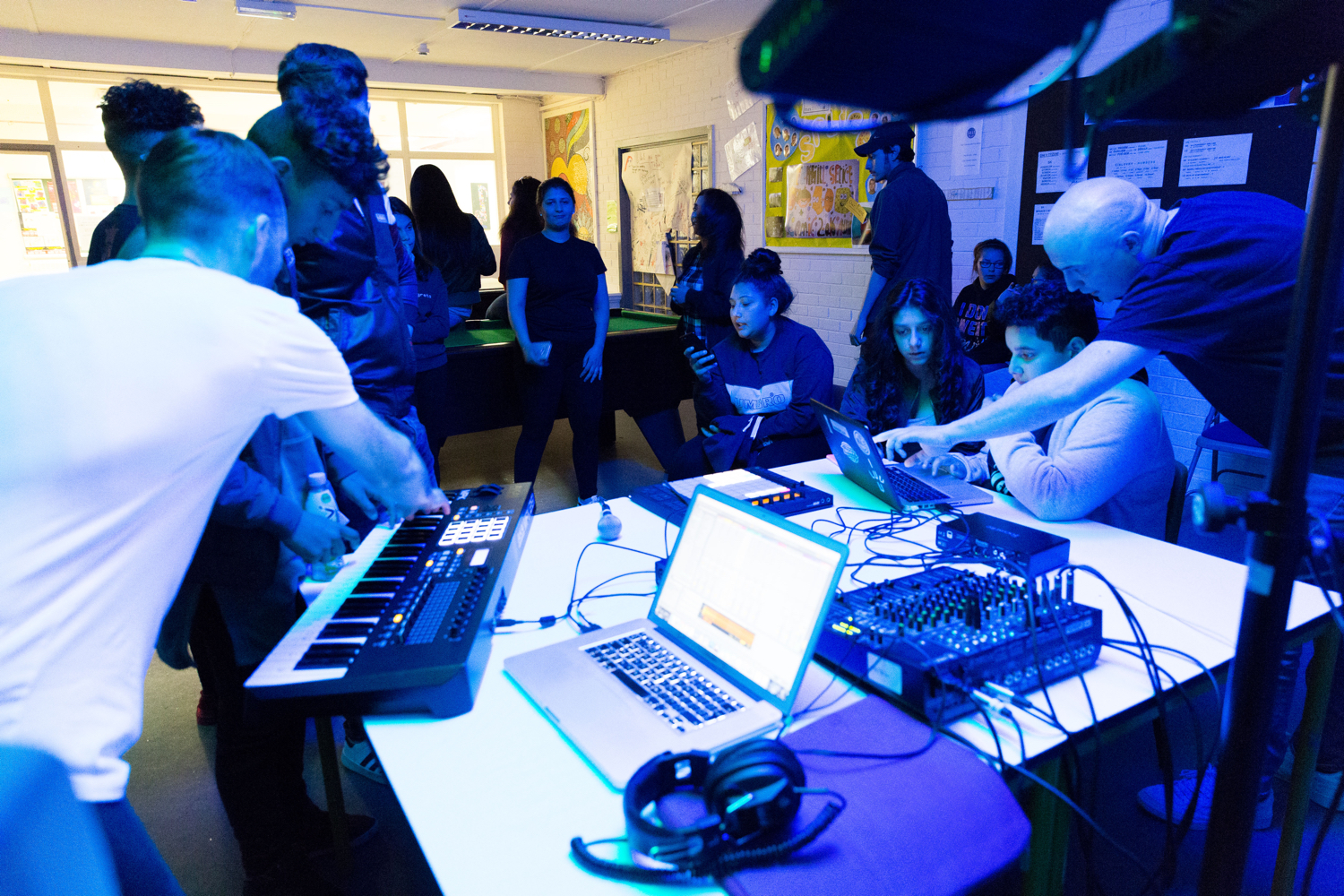 Trackbed was rigorously thought out and planned with maximum involvement the local community in mind. Kids attending Harthill were given handheld Zoom audio recorders and asked to talk to their friends and families to bring together the raw material. “When we got some the first Zoom recordings back,” says Edwards, “we knew it was going to be special.” Meanwhile Darkstar and Metal built an ad-hoc studio setup designed, as Young says, so “each session could always be quite hands on and tactile, working with Ableton Push, and easy to use apps like Keezy.” And they got to know what the youngsters themselves wanted musically. “We had a little disco one night”, says Young, “and they all played tunes they were into. Anything from traditional Czech and Slovak folk songs to Tremz and anything that was big on Capital.fm in Liverpool. It was interesting to see tracks from Czech and Slovak go down just as well if not better than say anything that’s big over here right now.” 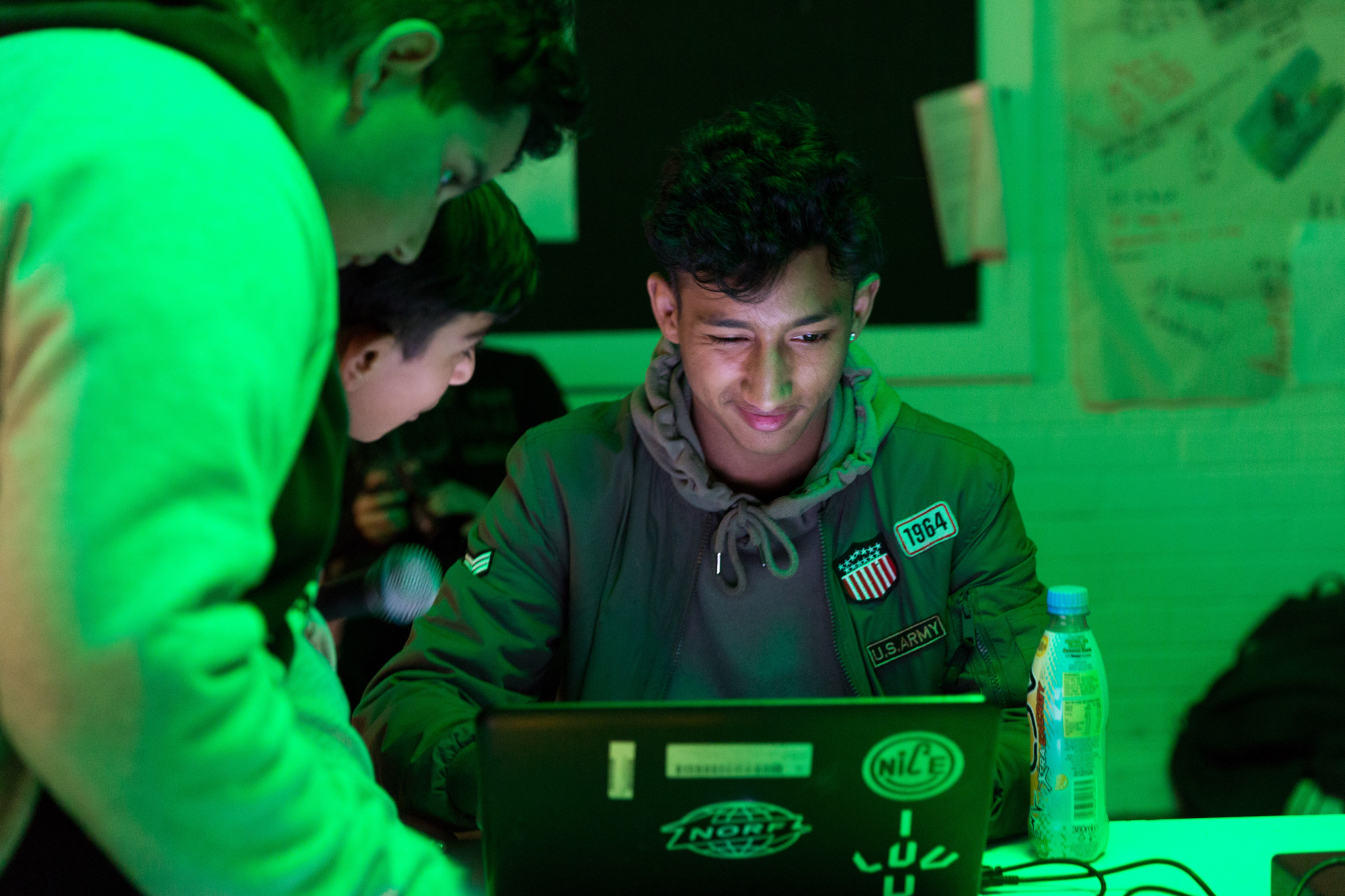 From this sessions gradually came together over six months, the results which formed a Trackbed installation, and a film by Cieron Magat. “We were able,” says Edwards, “to explore challenging themes, from migration and Brexit, to music, home and community. The young people translated their thoughts, experiences and hopes for the future into lyrics, beats, poetry, song and samples.” Of the various musical strands that were woven into the project, Young says: “Musically so much happened that it’s hard to really take stock how it’s sunk in. The heritage in the music and how relevant that is to them, led to a really insightful moment for me, into how they have basically grown as Scousers but also have that lineage and pride that rings out in what they’re into and how they express it.” 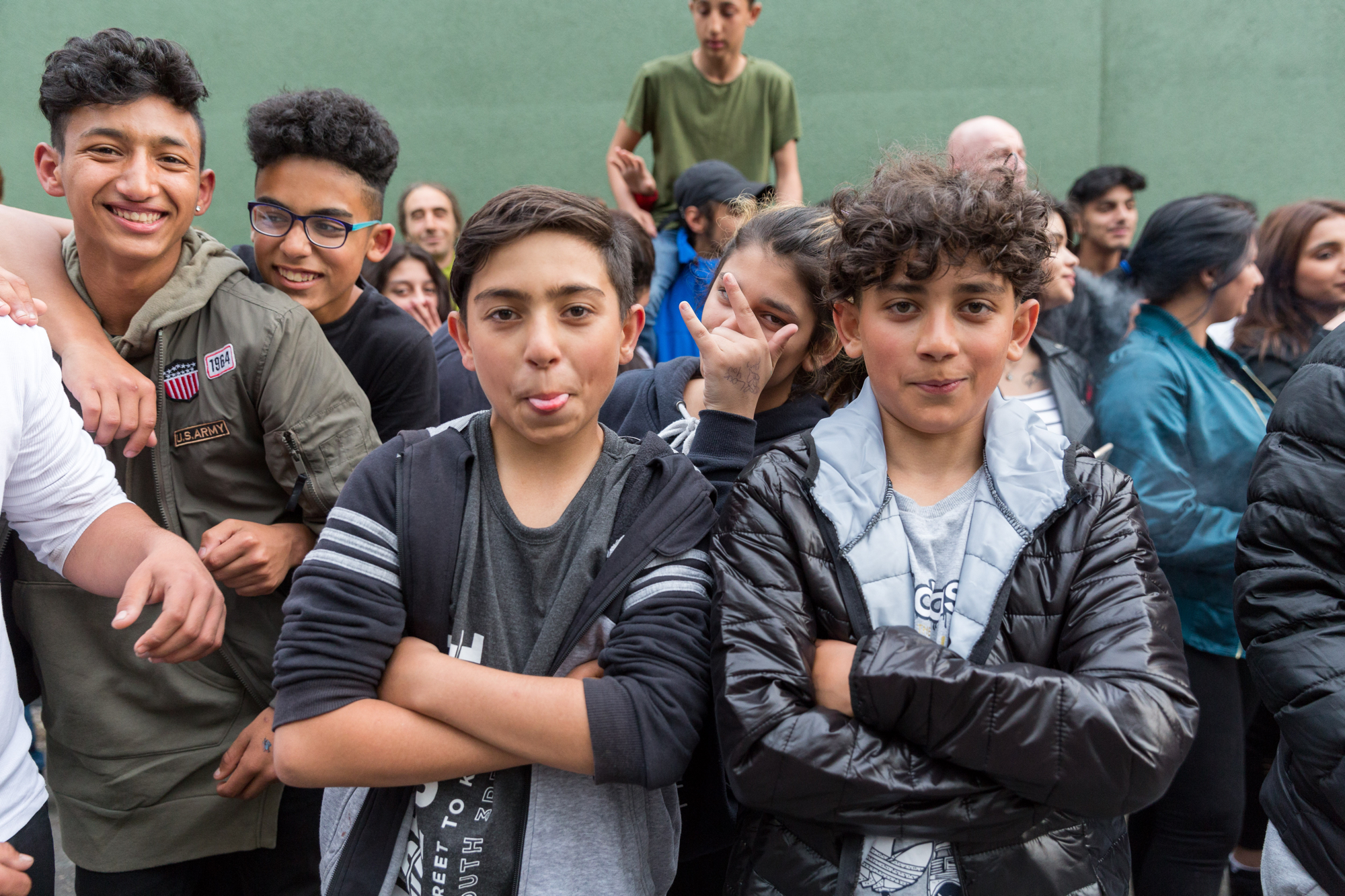 The project itself was limited in time, but Metal’s relationship with Harthill continues, and they are currently trying to find a permanent home for the installation – which includes the finished music and recordings from the community – somewhere in Liverpool. Young, meanwhile, says that the lasting legacy for him is not having done good work, but “just learning about communities that were completely different from my preconception Liverpool. We didn’t go in there to make a difference], we went in there to see what they were up to and if they wanted to make some music. They don’t need anyone to make a difference for them – they’re all really capable and incredibly switched on!”

Joe Muggs is a freelance music journalist. Find him on Twitter

Read next: How Björk, Equiknoxx and more embraced field recording in 2017