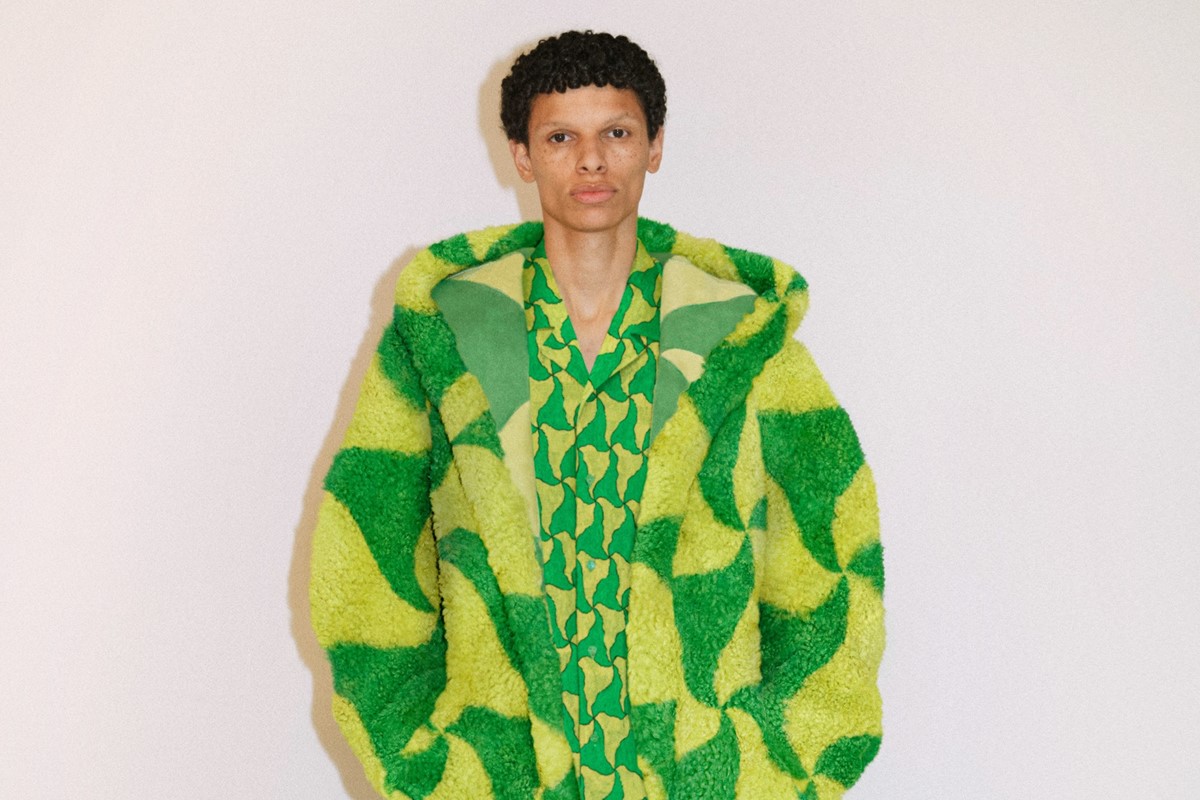 The landscape of luxury fashion is going to look different in 2022. Both Bottega Veneta and Louis Vuitton – two headline-dominating labels – are undergoing dramatic change as they christen a new era under Matthieu Blazy and Virgil Abloh’s soon-to-be successor. So far, there have been whispers of Kanye West, Samuel Ross, and Heron Preston to take over the mantle from the late designer, but whether LVMH will source from within Abloh’s inner circle is yet to be determined. For now, however, Daniel Lee is taking his final bow at Bottega Veneta with Wardrobe 03, the brand’s Cruise equivalent, released this week via a Sarah Piantadosi-lensed lookbook.

The collection reads like a distilling of everything Lee has been crafting during his tenure at the fashion house. It’s full of sumptuous textures in tendril-sprouting sweaters, deep-grooved corduroy two pieces, voluminous, technical outerwear, threads of bottle green, and slinky Samantha Jones cocktail dresses. Meanwhile, the designer’s most beloved accessories are memorialised in square-toed, disco-sequined pumps and silver-sprayed puddle boots. Glossy renderings which are presumably to cash in on all the glitz of the holiday season but can’t help but feel like some kind of trophy for Lee’s midas touch. Head to the gallery above to get a closer look at the offering.

This week also saw Pete Davidson and HoYeon Jung hack into Calvin Klein’s socials and upload their own underwear-clad photos to the grid, while Valentino announced it would be using its Instagram to platform young designers. As tributes to Virgil Abloh continued to bloom, Demna and Harmony Korine paid homage to the 90s, Margiela, and FashionTV, while Edward Enninful broadcasted the news of his upcoming memoir, The Visible Man. Click through the gallery below for everything else that may have passed you by.