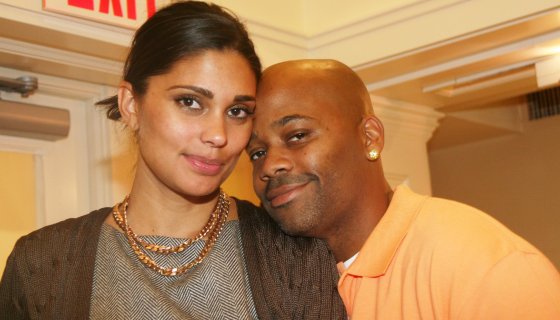 always seems to find himself amidst the struggle with lawyers. In this case, the Roc-a-fella Records founder is suing his ex-wife Rachel Roy for fraud.

According to Dash, Roy has been hiding cash that he feels he rightfully deserves, and he wants his coins. Thus. the lawsuit for fraud.

TMZ reports that Dash’s lawsuit states that Roy and her business partners “manipulated, diverted, misappropriated, transferred, concealed and embezzled funds.” Dash believes his stake in the company has been undervalued and that it has been making millions, so he wants his fair shake.

Dash was there and still married to Roy when her company was formed in 2008. However, he claims that starting in 2014, they started getting funny with his money. Dash claims a $175,000 payment was withheld that year and another $200,000 payment was held up in 2015. Dash also claims he had a verbal agreement with Roy that she would pay him $1M to buy back his interest in the company, but he claims she reneged on the deal.

All in all, Dash is suing Roy and her companies as well as a number of accountants and lawyers. Exactly how much he is seeking is to be determined because he wants to take a look at the finances to get a handle on exactly how much money he thinks he is due.

Roy and Dash were . In late 2019, Roy and Cindy Morales opted to sue Lee Daniels, who had promised to pay Dash a settlement, for the $950K and back child support he allegedly owed them.

Seems like the only people getting paid on time are the lawyers.