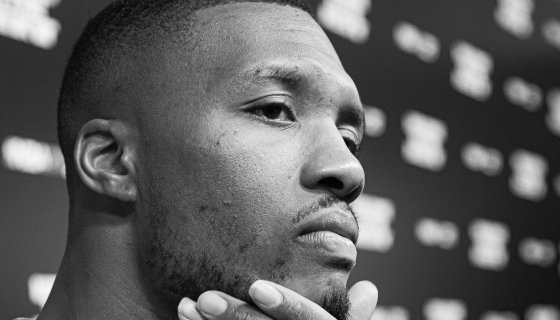 returns and no he ain’t dissing again (though that was entertaining).

This time around the All-Star point guard is taking aim at the biggest enemy the Black community has been facing since the inception of America: racism. In his new cut “Blacklist” Dame D.O.L.L.A. gives listeners an uncut and raw lesson on Black history breaking down the plight of the Black man in America and the struggles they’ve had to overcome to get to this point.

Kicking off the track by simply stating “As a brother with a good heart, f*ck you if you racist,” the Portland Trailblazers star player gets his Illmatic on (yeah we said it) and drops bars you’d expect to hear from a 90’s rapper putting the system on blast.

“Used to call us monkeys and slaves and we overcame/still our work is just beginning, protests look like parades… How the president get on TV and be mad casual like – if you lootin’ we shootin’ like it’s a game/dude a clown and a trust find baby, he numb to pain.”

Well, looks like the MAGA crowd gonna be coming for Damian Lillard next. They don’t like those kind of facts. Won’t be surprised if a certain FOX news personality hits him with the “” BS on her show tonight.

Peep the entire powerful cut below and let us know your thoughts on the track.