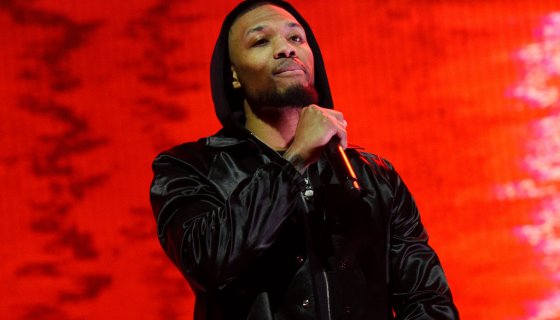 Though Shaquille O’Neal might be the only NBA player to capture MVPs, NBA championships, and plaques from record sales, Portland Trailblazers star can make a case as the best NBA player slash rapper despite not possessing any of the aforementioned accolades.

Having already proven he can more than hold his own against the legendary Shaq Diesel, D.O.L.L.A. shows a different side to himself with the Raphael Saddiq-assisted visuals to “GOAT Spirit” that showcases a day in the life of DD which consists of videogames, working out and daddy daycare life.

Elsewhere Joey Fatts links up with Vince Staples (where he been?) and hit up the field to put in some lyrical work in their clip for “Havin’ My Way.”

Check out the rest of today’s drops including work from Dax featuring Tech N9ne, NLE Choppa, and more.