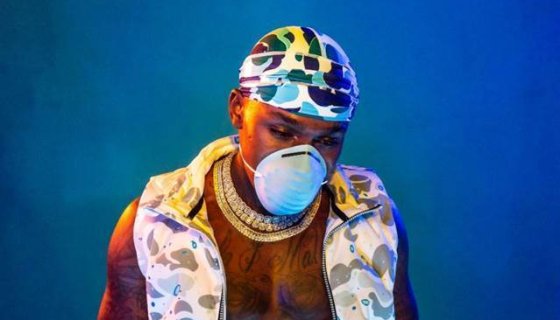 dropped his new album, Blame It On Baby, and it’s loaded with the features. The North Carolina rapper’s new project his Twitter debating whether or not it’s full of fresh slaps or just more of the same ol same ol.

The album is the follow up to late 2019’s Kirk, and features the likes of Future, Roddy Ricch, Quavo, Megan Thee Stallion,  A Boogie Wit Da Hoodie, and Ashanti, among others.

“This album shows that no one is as versatile as me in the game right now; especially this early in their mainstream career,” says DaBaby a press statement. “During the creative process of Blame it on Baby, I made sure that every single song had the potential to be a hit.”

At least one track getting plenty of early attention is “Nasty,” featuring Ashanti and Megan Thee Stallion.

DaBaby knew what he was doing dropping nasty during quarantine 😂😂😂😂😂😂

Check out what the ever-opinionated Internets has to say about Blame It On Baby below.

someone said DaBaby starts rapping 3 business days before the beat

oh man this dababy album is so bad

DaBaby: “my momma taught me how to use a rubber”

DaBaby still rapping about shooting a nigga in the cereal section of Walmart. We get it pic.twitter.com/DadgQqgybj

DaBaby still got slaps so idc

Meg and Ashanti on a song… with daBaby pic.twitter.com/DNsizRpJKt

Me going from the To the DaBaby
Westside Gunn album
album pic.twitter.com/Cos8KOvc75

DaBaby switching the beat & flow back and forth on #BlameItOnBaby pic.twitter.com/fXM3sEkDME