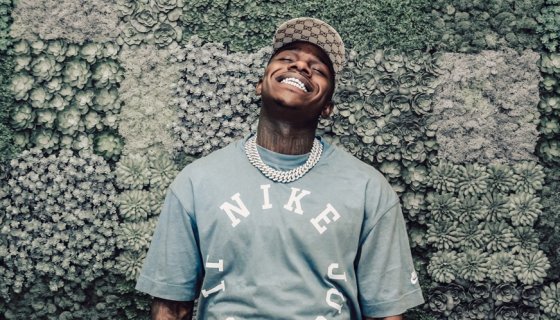 is back in the news again–only this time he claims the accusations aren’t true.

According to TMZ, called for a driver in Vegas back in November of 2019, upon the driver’s arrival, the “Suge” rapper and some friends hopped into the Mercedes Sprinter where they reportedly attempted to spark a joint before the driver advised them not to; it was at this point the driver alleges that DaBaby and crew became upset.

The situation escalated from there. Police say the crew began cursing the driver out and threatened him. When they arrived at the Hard Rock Hotel and the driver asked to be paid, DaBaby allegedly punched him in the back of the head and said, “You ain’t the boss.”

Authorities say that one of the friends said, “You’re lucky you’re not in my city because I would have killed you, cracker motherf*cker.” Another person added that they “would have left him [the driver] dead on the road.”

The gossip site reports that the shenanigans have resulted in DaBaby having an active arrest warrant for misdemeanor battery. After news broke of the alleged warrant, DaBaby took to Instagram to dispel the rumors, claiming that the allegations are “100% false.”

“100% False,” DaBaby wrote his IG story. “The devil gone always try you when you doing good.”

#DaBaby says, “100% false,” after reports of him allegedly attacking a driver in Las Vegas surface. (SWIPE)

This isn’t the first time that DaBaby has been accused recently of not keeping his hands to himself, back in December, the “BOP on Broadway” rapper was accused of slapping a woman at a Tampa concert. Although DaBaby did , the alleged victim .