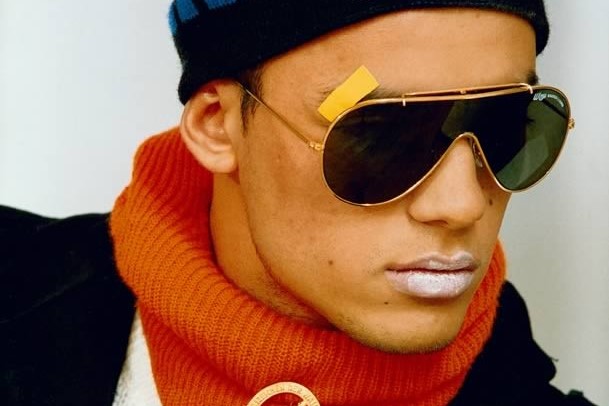 Cult model and singer Nick Kamen has passed away aged 59. The news was broken on social media by Boy George, who posted a photograph of himself and Kamen alongside the caption: “RIP to the most beautiful and sweetest man”. The cause of his death is not yet known.

As well as working with Madonna on his hit song “Each Time You Break My Heart” and starring in an iconic Levi’s ad that saw him strip in a launderette, Kamen was an integral member of the Buffalo collective.

Alongside stylists Ray Petri, Marc Lebon, and Judy Blame, photographer Jamie Morgan, and brother Barry, a model and artist, Nick and the trailblazing group shaped contemporary fashion culture as we know it. Known for their avant-garde, outlandish aesthetic and DIY approach, fashion in 2021 owes much to their pioneering spirit and radical creativity.

Growing up in Harlow, Essex, Nick was one of eight children and of mixed Burmese, Irish, Dutch, and English descent. After brother Barry met Ray Petri while working in a clothes store in London in his late teens, both he and Nick became the legendary, Dundee-born stylist’s muses.

The pair covered countless magazines throughout the 80s and early 90s, both together and separately – among them Smash Hits and The Face – and worked with designers including Vivienne Westwood and Bodymap.

One of their most memorable turns came via The Face’s 1984 Winter Sports issue, which saw traditional ski style reinterpreted in classic offbeat Buffalo fashion. According to photographer Jamie Morgan, it was the first time sportswear was used in a high fashion shoot.

Nick’s death follows that of his brother Barry, who passed away in 2015 at just 52, but the legacy the Kamens leave will undoubtedly live on for years to come. Our thoughts are with Nick’s friends, family, and community at this time.