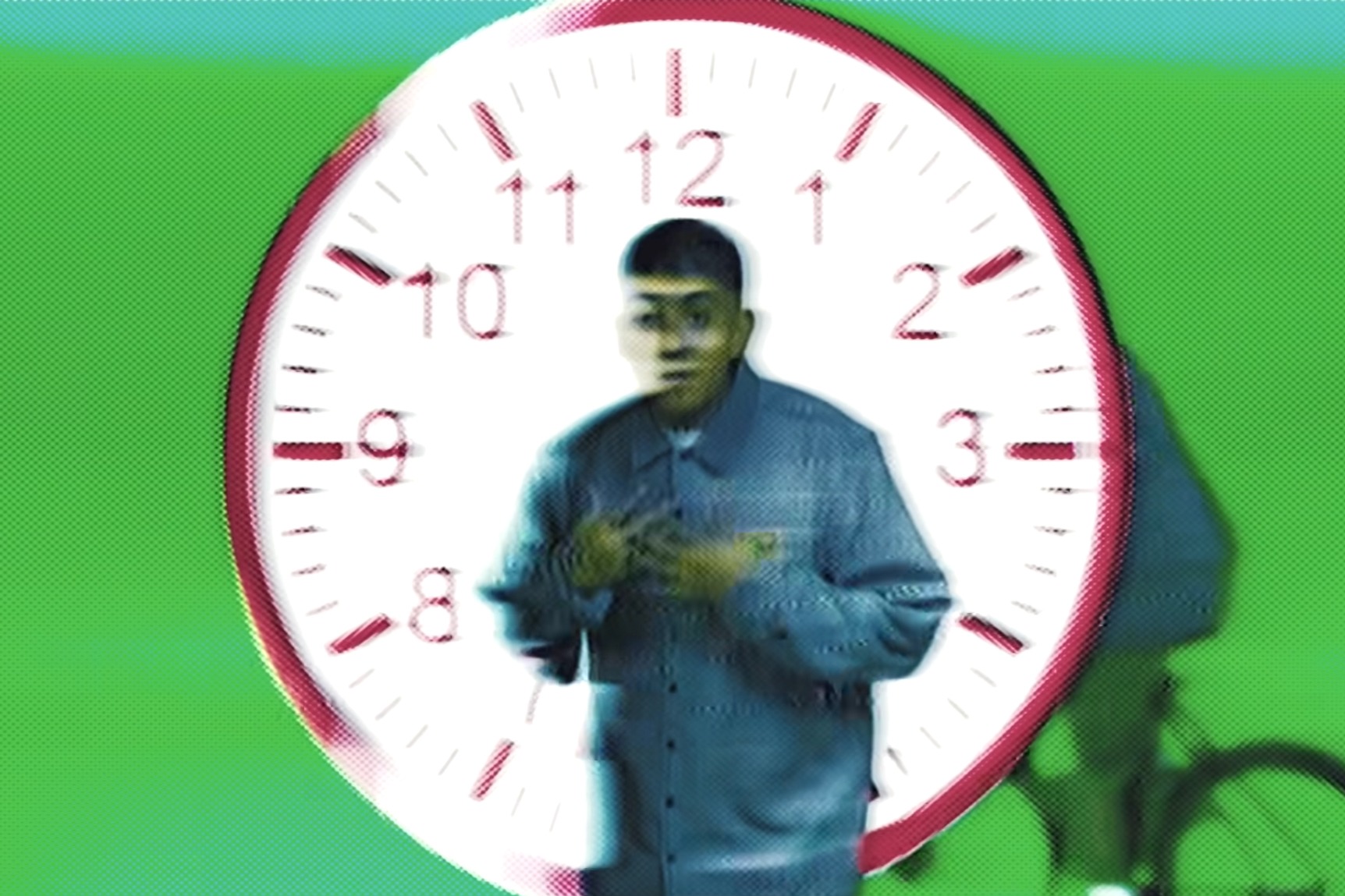 Cuco is doing a little time traveling ahead of his upcoming album, Fantasy Gateway. The Mexican-American singer-songwriter, known for music with a psychedelic kick, has shared his new song “Time Machine,” a dreamy rumination about what it would mean to teleport to the past and change the outcome of a relationship.

“When I wrote the song, I was sitting in my bed recording an audio message in a vulnerable space at a low point in my life,” Cuco said in a press release. “I took that and brought it into a world of hyperrealism and space-time travel.” He dropped the song alongside a lyric video with a homemade, cyberpunk-styled aesthetic.

The song follows “Caution,” the first single from Fantasy Gateway. The woozy, blown-out track dropped alongside a video featuring trippy visuals by Grin Machine and directed by Cole Kush, fitting the sonic universe Cuco has carved out over his last couple of projects. After a couple of EPs and a two-year bidding war from labels who wanted to sign him, Cuco released his debut album, Para Mi, in 2019.

Fantasy Gateway will be out on July 22 via Interscope Records. It features collaborations with Kacey Musgraves, Adriel Favela, Bratty, and DannyLux.