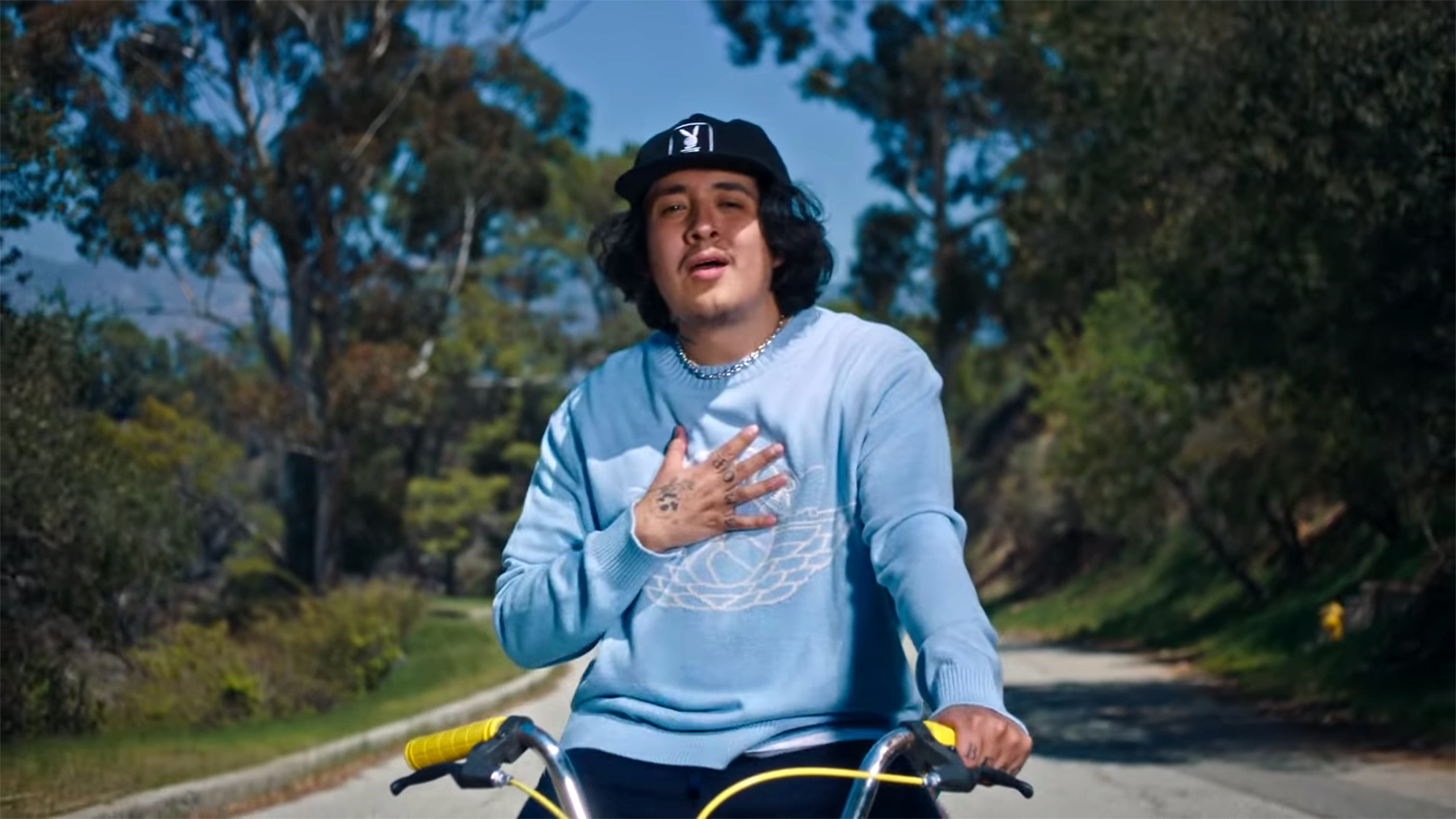 Cuco takes a hazy adventure in the new video for “Forevermore.”

The clip opens with the Chicano singer-songwriter walking through empty roads until a yellow bicycle materializes. He rides along, enjoying the scenery — until he realizes he’s pedaling, yet not necessarily going anywhere.

Attractive women drive by, while hardcore cyclists pass through pointing and laughing at him. He continues to sit on the bicycle singing the dream-pop track: “I had a dream that we would meet/And go places beyond what we’ve seen/Keep my heart with you from now/Forevermore.”

“Forevermore” loosely follows the video for “Paradise,” released last month. The new singles mark Cuco’s first new music since his 2019 debut Para Mí, which he wrote and recorded while recovering from a severe car accident. Ahead of the record’s release, Cuco signed with Interscope in 2019. “I’m only interested in a label if they come through with whatever terms I send them,” he told Nuevo Culture.