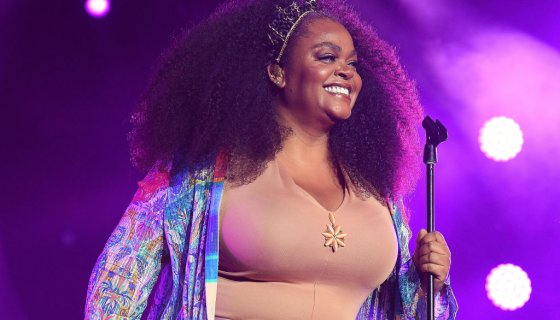 Kyle Queiro, a professional football player who once played for the Dallas Cowboys, stepped in it last week after loudly and incorrectly questioning the appeal of . Queiro has since deleted his tweets and issued an apology but the Philadelphia songstress did have a slight response.

Queiro, 25 and a native of New Jersey, put together a goofy-ass set of tweets questioning Scott, who has been regarded as one of the most beautiful women in R&B since breaking out in the 1990s.

Kyle Queiro got on Beyoncé’s internet & questioned how anyone could be attracted to Jill Scott.

Like he can’t fathom that a plus size woman can be physically attractive and y.

“People are attracted to JILL SCOTT!?” read the first of the tweets, which swiftly got him gathered by the back of his neck.

Querio responded to the collection happening on his timeline with, “So it’s an energy thing. Got it,” once more missing the point and the reality that there are men and women who find Scott desirable, ALTHOUGH that shouldn’t be the point of focus about her as she’s a whole ass human being.

Mans tried it once more with one other tweet writing, “& by no means is she ugly. But y’all really ually [aroused] by her huh?”

Scott caught wind of her name trending as Twitter formed up like the 15-car Voltron and got Queiro out of here. His apology, while well-worded, was another case of too little and way too late.

“First and foremost, I would like to apologize to Miss Jill Scott,” Querio said. “The topic of your beauty should not have been shared over social media for public discourse.. There’s truly no excuses or explanations to be made. My comments were distasteful and unbecoming of a Black man to speak negatively of a Black woman under any circumstance.”

Scott decided to ignore Queiro’s inquiry and apology and instead used her platform to shout out the names of Black women who were unjustly slain.

We’re guessing Queiro never saw “ of Jill Scott, which had the entire world in the palm of her loving hands.