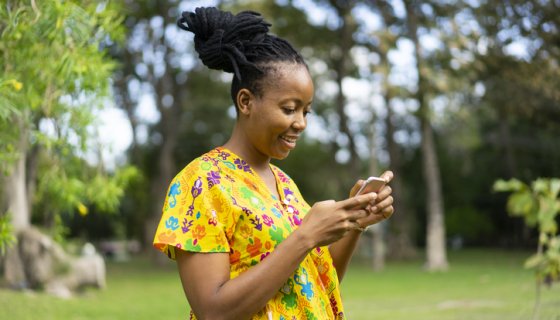 A new law was passed this week in a Washington, D.C. suburb that effectively ends discrimination against Black residents who wear . The CROWN Act was passed on Friday in Montgomery County, , becoming the first local jurisdiction to pass such a law.

Local news outlet WUSA reported on the CROWN Act’s passage, and the Montgomery County City Council voted unanimously to bring Bill 30-19 into law. Councilmember Will Jawando and Council President Nancy Navarro were the lead sponsors of the bill, and a press release from county officials effectively lay out the law’s intentions.

From the press release:

The CROWN Act ensures that individuals who are discriminated against because of the appearance of their natural hair can seek a civil penalty of up to $5,000 through the County’s Office of Human Rights. The bill not only covers discrimination in employment but also in public accommodations, taxi services, admissions to group homes and cable services. It would add a definition of race to the underlying anti-discrimination law to specify that race includes “traits historically associated with race, including hair texture and protective hairstyles.”

In July, New York and California passed legislation prohibiting discrimination based on an individual’s hairstyle. Similar legislation has also recently been introduced in Wisconsin, Kentucky, New Jersey, Tennessee, Michigan and Illinois. Montgomery County is the first local jurisdiction to introduce such legislation.

The Crown Act’s passage hit home for Councilmember Jawndo, who is Black, shared in the press release what his daughter said to him regarding her hair.

“I will never forget the first time one of my daughters asked me why her hair wasn’t straight like the girls on television,” Jawando said. “I told her she was beautiful the way she was created. That is why I introduced the CROWN Act with my colleague Nancy Navarro, to prohibit discrimination based on natural hairstyles in Montgomery County.”

Montgomery County is one of the more affluent and diverse counties in the Washington Metropolitan region.