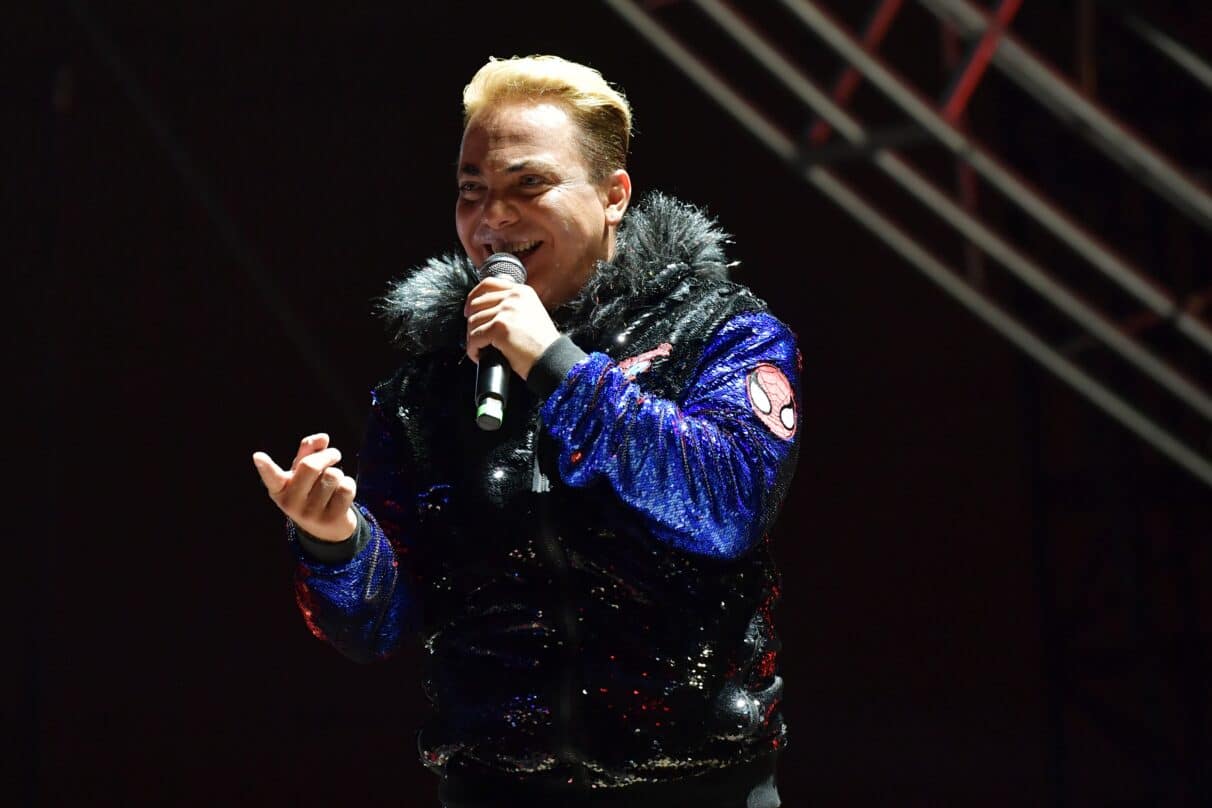 Pop singer Cristian Castro is a member of the BTS Army. The 46-year-old cantante posted a photo of himself at one of the BTS “Permission to Dance on Stage” concerts this past weekend at the SoFi Stadium in Los Angeles.

The photo features Castro wearing a black facemask and black jacket and giving the camera two thumbs up while standing on the floor at the stadium. Behind him, a large screen shows a BTS member singing for the tens of thousands of fans in attendance.

During the shows on Saturday and Sunday, which marked their first live performances since the pandemic started last year, BTS thrilled their fans with hit songs like “On,” “Telepathy,” “Boy With Luv” and, of course, “Permission to Dance.” There was even a surprise appearance by Megan Thee Stallion during the song “Butter” during Monday’s show. Megan had pulled out of a scheduled performance with BTS during the American Music Awards last week citing an “unexpected personal matter.”

Last night was EVERYTHING 🧈💗 Thank you to my friends @BTS_twt for having meee pic.twitter.com/Pcy5VclUrn

Castro wasn’t the only celebrity at the SoFi Stadium this weekend to see the popular group. Joining him in the crowd were Grammy-nominated musician Mike Einziger from Incubus, actor Randall Park (WandaVision), and Grammy-winning rapper Lizzo, just to name a few. BTS has two more concerts at the SoFi Stadium on December 1 and 2.