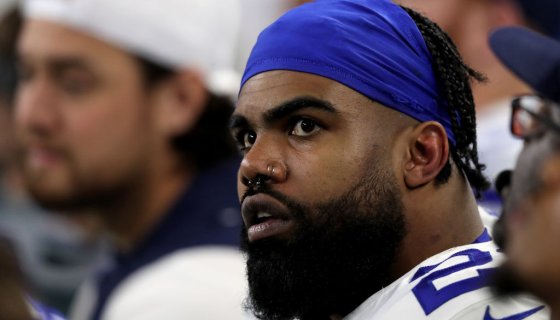 #Cowboys star RB Ezekiel Elliott is one of the players who has tested positive for the Coronavirus, his agent Rocky Arceneaux confirmed to me. Arceneaux said Elliott is feeling good.

According to the Dallas Morning Star News, there are actually two players who have the coronavirus. The team hasn’t revealed who they are (it was Zeke’s agent who confirmed) and has declined to comment citing privacy issues.

Two is believed to be the number of Cowboys players who recently tested positive for COVID-19, sources said. Team has declined to disclose their identities, citing the privacy of their personal health. https://t.co/Lm7b3MXOEv

Recently, NFL teams announced their would be safety protocoal enacted when their facilities do open. However, Prescott had been working out privately in the Dallas area with others that include his own quarterback Dak Prescott . This is where we mention that back in mid-April  despite a quarantine.

And that’s not even considering the aforementioned workouts that made it online.

@dak lance Fred .. we got great work in today pic.twitter.com/JUIgLbjicI

Lately, cases of the coronavirus have experienced a spike in Southern states, including Texas.

But wait, Zeke let off this cryptic tweet referring to the Health Insurance Portability and Accountability Act which means you can’t just be putting people’s medical business out there.