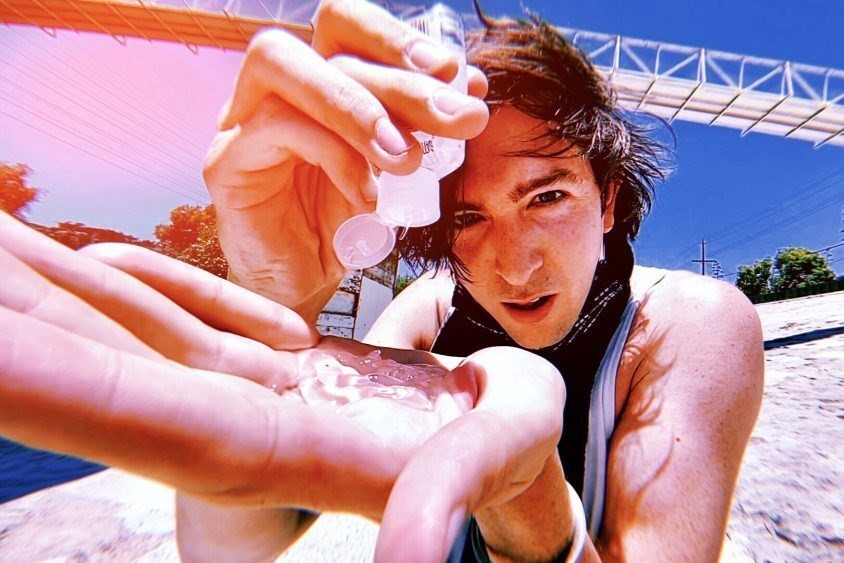 His track, Antibodies (Do You Have The), is an ode to love in the time of coronavirus

Succession’s Nicholas Braun has released some merch to accompany a single he released in July called “Antibodies (Do You Have The)”.

He’s the second cast member from the hit HBO show to drop music this year, following co-star Jeremy Strong’s single “L to the OG” which landed back in May. Strong’s rap first appeared in an episode of Succession when his character, Kendall Roy, sang it at his dad’s birthday party. Braun’s track, however, is released under his real name and exists independently from the Succession universe.

Braun put a callout for musicians on his Instagram to help him make the song: “I thought I would just reach out and see if there’s any musical people who feel like working on something together,” he said. “I’ve got this song idea but I don’t have instruments right now, so I figured other people might want to do the music for it.”

Now, the Succession star has dropped a line of merch for fans including a hoodie and joggers emblazoned with the texts ‘antibodies’, as well as short and longsleeve t-shirts, reversible face masks, and caps. “JUST DROPPED NEW FRIKKIN ANTIBODIES MERCH!!! GIVING AWAY 5 SWEATSUITS TO PEOPLE IN THE COMMENTS, PLS GO OFF ⚡️⚡️⚡️LINK IN BIO 🤟🏼”. Braun posted to his Instagram.

To buy the merch, click here, and you can watch the video for the single below.