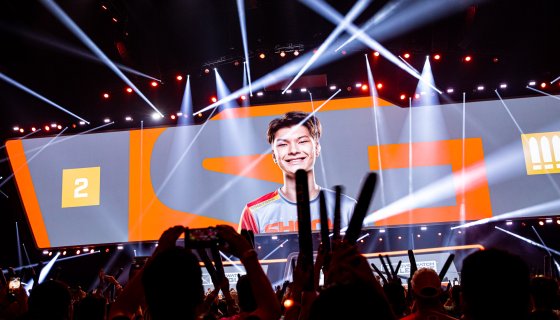 The rona (that’s what we are calling it) is shutting ish down left and right. The , MLB, and other professional sports leagues have been shut down, and the Esports world is also taking a serious hit.

The coronavirus or COVID-19 has already caused the , Game Developer Conference as well as causing hardware delays for Nintendo. The world of Esports isn’t faring any better with numerous competitive gaming events being canceled due to concerns of virus spreading.

Riot Games announced that its Mid-Season Invitational for League of Legends will be postponed until the summer taking place between July 3 to 19. Its Rift Games tournament was canceled altogether. League of Legend’s North American League and European League originally planned to go on minus an audience, that will no longer be the case with both deciding to suspend the seasons. The LCS has made the decision to move its finals into a studio with no audience present.

Valve’s Dota 2 following in League of Legends footprints and canceled events. ESL announced that it is postponing the ESL One Los Angeles to a later date to be determined.

First-person shooter competitive leagues are also feeling it as well. The has canceled all homestand events, the rest of the season’s games will be played online only. The ESL’s Counter Strike: Global Offensive pro league will play the remainder of season 11 online as well. The finals which were supposed to take place in Denver will now be moved to a studio in Europe with no studio audience.

(Overwatch League) also had to make changes. We that the league canceled all events in China due to the coronavirus outbreak, now it has made the decision to play the rest of its season online. The Midseason Tournament has been canceled, and All-Star voting has been postponed until the end.

NetherRealm Studios canceled its Mortal Kombat 11 Chicago event and a last-chance qualifier. Blizzard’s Heartstone Masters Tour, which was initially supposed to take place offline in Los Angeles, has now been moved online. The had its league start date pushed back, and EA Games has canceled all of its live events.