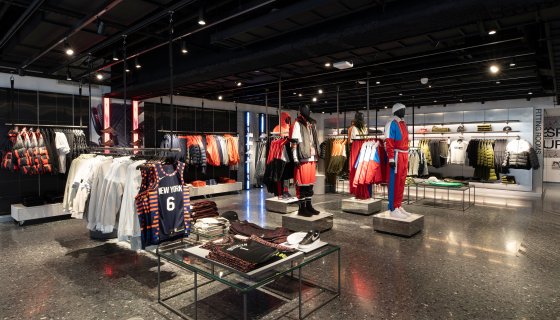 For anyone that thought the Coronavirus pandemic would keep sneakerheads from getting their much needed footwear fix, you were sadly mistaken.

According to Business Of Fashion, Inc. beat quarterly estimates on Tuesday when it was revealed that though physical sales dropped by 5% in Greater China due to the virus outbreak, digital sales jumped 30% in the same time frame.

“At a time when people were confined to their homes, we moved swiftly to leverage our digital app ecosystem and Nike Expert Trainer network,” Chief Executive John Donahoe told analysts on his first earnings call since taking the helm.

Ultimately digital sales for the Swoosh grew 36 percent in the third quarter which ended in February and accounted for a tenth of the company’s 2019 fiscal revenue.

It probably didn’t hurt that at the time that the world went on virtual lockdown to slow the spread of the deadly disease, Nike offered 20% off even their latest releases to everyone who found themselves hunkered down at home.

Overall Nike’s revenue rose 5.1 percent to $10.10 billion in the third quarter, beating out the average analyst estimate of $9.80 billion according to the Refinitiv IBES data. Now with 80% of it’s brick and mortar stores open in China, it will be interesting to see if customers will be comfortable enough to make their ways to these spots or if they’ll continue to shop from the comfort of their own homes.

Real talk there isn’t an exclusive release dropping for at least another week and change when the Air Jordan 1 “Court Purple”’s release, so they might as well wait until then to get back into society. After that we’ll be expecting the Air Jordan XIII “Flints,” and Air Jordan VI “DMP”‘s. You figure heads will slowly begin taking ICU chances to get their hands on those when the time comes.

Until then, be safe, stay inside and if you do go outside keep those hands clean! The world is counting on us!