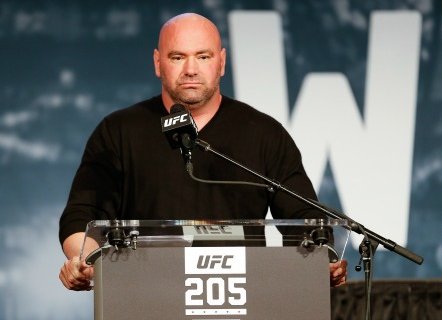 As the country continues to live in fear of the current health crisis MMA fans can still live their best lives. UFC fights are still a go as per the organization’s head honcho.

As per TMZ Dana White is not letting the stop his bag. According to the entrepreneur all UFC programming will continue as planned. The Connecticut native recently appeared on ESPN to confirm he and his team are moving forward with the blessing of the headass troll in chief. “I talked to the President and the Vice President of the United States today about this and they’re taking this very serious and they’re saying ‘be cautious and be careful but live your life and stop panicking,’” he said.

He added that “everybody is panicking and instead of panicking we’re actually getting out there and working with doctors and health officials and the government to figure out how to keep the sport safe and how we can continue to put on events.”

In a video released to fans Dana made it clear that the league will do whatever possible to ensure the safety of all involved saying the UFC is “closely monitoring the situation with and its potential impact on UFC athletes, staff and fans around the world.”

UFC will host UFC Fight Night 170 in Brazil on Saturday, March 14 with no fans allowed in the venue. You can see the video interview below.

Dana White says he spoke with President Trump and Vice President Pence and they advised him to move forward with events “They’re saying be cautious, be careful but live your life and quit panicking” pic.twitter.com/LtUEGyo9jr