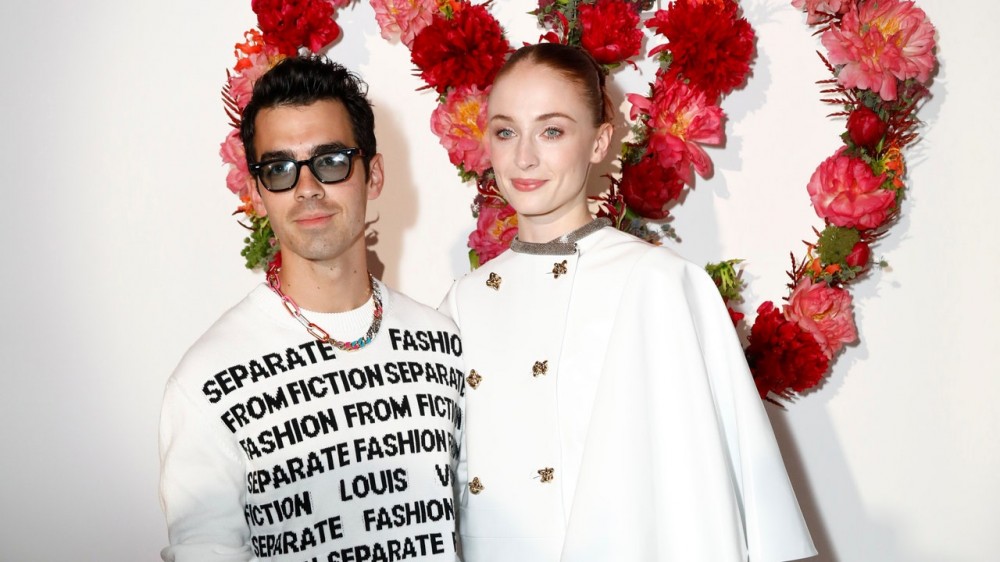 It’s Haute Couture week in Paris, and the celebrities have come out to play dress up. This was certainly the case at a Louis Vuitton fragrance event yesterday. At the Fondation Louis Vuitton building, Sophie Turner and Joe Jonas took a break from their busy schedule as new parents to deck themselves out in the label and mingle with the likes of Katy Perry and Orlando Bloom, looking slick in the process.

Turner and Jonas have been known to coordinate outfits both on and off the red carpet, so it’s no surprise their Haute Couture appearance was just as matchy-matchy. They both opted for black and white ensembles. Turner wore an elegant cape coat with sporty boots and a metallic Coussin bag (the latest It bag from Vuitton), while Jonas chose a graphic sweater—which read, “separate fashion from fiction”—black trousers, white sneakers, and rainbow-colored chain jewelry.

Individually, their looks remained true to their personal styles (Turner goes more dressy, while Jonas is sportier), but together, their fits were cohesive and striking. “We buy and wear the exact same things,” Turner told Vogue back in April. “We’re always swapping clothes, especially vintage tees.” Clearly, that philosophy works.