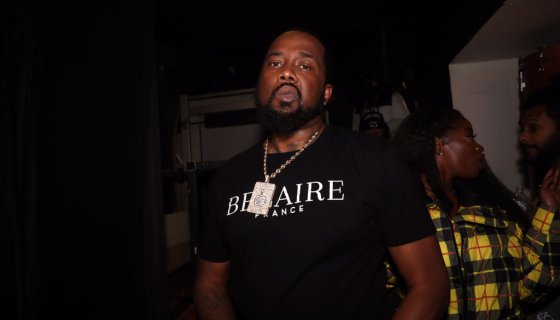 could easily rest until the rollout for his Shady Records debut album God Don’t Make Mistakes after dropping two potent projects this year alone. However, the Buffalo, N.Y. marksman isn’t content with keeping silent as America burns in rage and his new song salutes soldiers on the “Front Lines.”

Produced by Griselda Records cohort Beat Butcha, “Front Lines” is a menacing track that typifies the grimy style employed by Conway and his brother and their cousin Benny The Butcher.

While the first verse is the usual tough talk from La Machina, the second verse is bone-chilling fare as Conway references the brutal murder of Houston native George Floyd in the streets of South Minneapolis. We would write out the lyrics but we want everyone to experience Conway’s pain and expression in real-time as we did.

In a statement offered to media, Conway shared why he felt it was time to put out this track.

“In the middle of the COVID pandemic, I’ve been quarantined finishing up FKTG. The Amaud situation and Breonna situation and now George Floyd has brought me so much pain and anger because I’m a black man: a father, a brother, I have 2 sons. I wanted to give you the mindset from the protesters point of view, and I was able to paint that picture perfectly over this Beat Butcha production,” Conway stated.

With LULU alongside The Alchemist and No One Mourns The Wicked with Big Ghost LTD in his rear view, Conway is working on From King To A God (FKTG) next then, as promised, his major-label solo debut and the fourth installment of his Everybody Is Food series all ahead of walking away from the music business according to recent reports.

While we still have him, let us all salute Conway The Machine for his contribution to the struggle.

Enough is enough! WE OUTSIDE!!! Fuck the police! We had Enough of the police brutality of black people and systemic racism!!! FKTG comin soon 🤖 “outside” prod by my brother @beatbutcha_soi