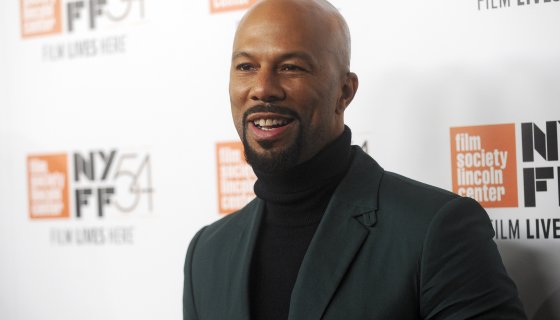 One of the most iconic puppet shows is about to get a visit from Hip-Hop royalty. has been invited to get down with Fraggles, Doozers, Gorgs and Silly Creatures.

As spotted on HipHopDX the Chicago MC has been tapped to appear in a new episode of Fraggle Rock: Rock On! The children’s series will get some Rap schooling from the Oscar, Emmy, and Grammy Award-winning artist. According to the press release he will connect with Gobo and Mokey through Doozertube for a fun conversation and a musical duet.

The AppleTV Instagram account made the announcement. “Join a Doozertube jam session with special guest @Common. Watch #FraggleRock: Rock On! for free on the Apple TV app.” The upcoming episode is in accordance with the current COVID-19 quarantine regulations thus Lonnie filmed his segment from the comfort of his home with an iPhone.

Originally debuting in 1983, Fraggle Rock was the brainchild of Jim Henson who also created Sesame Street. It would promote accepting one another’s differences and cultural understanding the fun interactions between all four species. This episode of Fraggle Rock: Rock On! with is available now on AppleTV. You can see a clip below.

Join a Doozertube jam session with special guest @Common. Watch #FraggleRock: Rock On! for free on the Apple TV app.